Is the climate crisis a gender equality issue? Absolutely

The climate crisis is affecting everyone, but there is no doubt that some communities and groups of people are being more impacted than others. For example, women and girls, black and brown communities, and communities in the global South are among the hardest hit by climate change — and yet they have contributed the least to the problem. 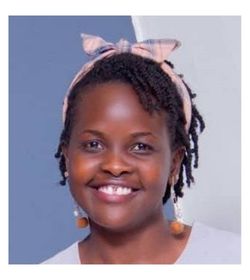 Instead, they suffer some of the worst impacts, from events like landslides, devastating floods, and prolonged droughts which have dried up crops and water sources. As a result, women can be forced to walk longer distances in search for food and water to feed their families, which exposes them to other risks of harassment, discrimination, sexual violence, and trafficking. This may also lead to negative health impacts like sexually-transmitted infections (including HIV), unintended pregnancies, and post-traumatic stress.

The destruction of health services due to disasters also may lead to an increase in unplanned pregnancies because there is limited access to reproductive health services.

In any crisis gender-based violence increases, and children in families where violence is present are much more likely to be abused or themselves abusive, which continues the terrible cycle of violence.

Furthermore, in periods of crisis girls are often the first to drop out of school to help their families make money, to be put in charge of domestic chores or looking after their siblings, as well as being ‘given away’ in early forced child marriages in exchange for a ‘bride price’, to ease financial pressures that families might be facing.

The climate crisis is worsening the problems that women are already experiencing in society, such as restricted rights, access to financial resources, training and technology, and political decision-making spheres, which often prevents women from playing a full role in tackling climate change and other environmental challenges.

But there are solutions that can be implemented, like involving women in decision-making, whether that’s at home or at a political level, and involving women in leadership roles, as there is no acceptable reason to exclude us in something that affects us so deeply. Women are, of course, experts in many fields and capable bringing long-term solutions to the table.

Global leaders must also ensure that finance for climate-related projects (which focus on women and girls) is accessible to women as well as men, and is designed to generate mutual benefits for all, while not increasing patterns of inequity. These projects should support communities to include specific measures to protect women and girls after disasters, like providing health services including reproductive health and climate education, and also women’s economic empowerment through adopting measures to protect their income-generating activity (like agriculture) in case of disasters and to aid a quick recovery.

Finally, leaders must understand the intersectionality of climate change and that we cannot achieve climate justice when there are still other injustices like gender inequality, and social and racial injustice.

So is the climate crisis is a gendered issue? Of course — but there are solutions. Let’s put them into practice now.