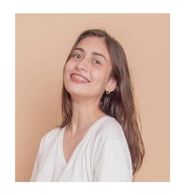 Growing up in typhoon-prone, archipelagic Philippines, I have no shortage of mental images to associate with climate change and its crushing impacts on people’s lives and livelihood. I’ve seen entire cities flooded, call centers set up to receive donation pledges and rescue alerts, and people stranded on the roofs of their homes waiting for rescue or crowded at evacuation centers waiting in anxiety.

More recently, I have gotten to know more gendered impacts of typhoons and other climate disasters. I’ve come to understand that women and gender minorities are often the ones who have to adjust to keep their families together during disaster. They also become vulnerable to sexual harassment and violence in evacuation centers and humanitarian set-ups in the aftermath.

Living in urban centers most of my life, I would hear people lament over drainage systems as if climate-related disasters were merely a problem of infrastructure. I hadn’t realized then how much of this discussion would leave some of the most vulnerable populations out of the conversation, particularly those who are living in rural areas.

For rural women, specifically, climate change is also a health problem. As the ones who have to spend the most time out in the fields, they are vulnerable to heat strokes, skin problems, and eye irritation. For those engaged in other livelihood activities like weaving, experiencing weather that swung between rain and hot weather can be disruptive as weaving is usually done outdoors and as a community.

Rural women make up some of the communities whose livelihood and well-being are tied to their ecosystems, such as peasant, fisherfolk, and Indigenous peoples’ communities. When climate change and environmental degradation result in loss of livelihood, women are often forced to migrate and work in informal, exploitative, and unregulated labor sectors, significantly eliminating their access to public and quality health care systems.

Clearly, the impacts of the climate crisis are gendered. The sexual and reproductive health and rights (SRHR) of women and gender minorities are also at risk. Those living in contexts with weak and uneven public healthcare systems may be unprepared for additional barriers to accessing sexual and reproductive health information and services that will be brought about by more intense weather conditions and disasters. In the Philippines where home birthing is illegal, rural women are giving birth on the way to hospitals because these are often far from their communities.

For the longest time, disasters in the Philippines have been followed by a Greek chorus of politicians singing praises of the Filipino’s capacity for resilience. Thankfully, the ‘resilience’ narrative has died down in recent years. Now, more and more people are realizing the real threat of climate change and seeking accountability from the government as well as global institutions to tackle the climate crisis head-on.

Optimism at a critical time for the world

This week, activists from all over the world are doing just that by gathering or tuning into the UN Climate Change Conference of Parties happening in Glasgow, Scotland. While there have been many criticisms of COP26, ranging from issues related to lack of inclusivity and transparency to willul inaction on the part of Global North governments, I remain optimistic because of the engagement of activists, and particularly feminists who continue to highlight the gendered impacts of the climate crisis with a particular focus on people’s SRHR.

One government leader that has earned the respect of many is Mia Mottley, the Prime Minister of Barbados, who in her speech during the opening of COP 26 urged her fellow government leaders not to compromise on targets and to ensure financing for climate change. According to her, anything else is a “death sentence”, especially on island nations like Barbados.

She also posed an important question: “What have we learned from COVID?”. Indeed, our COVID-19 experience should serve as a warning as both it and climate change are sustained crises that necessitate global solutions.

In terms of SRHR, we know that services have been disrupted, if not blatantly deprioritized. This is evident in cases documented in the past year of maternal healthcare facilities converted into dedicated COVID-19 facilities and sexual and reproductive health services, including safe abortion and post-abortion care, in many areas suspended.

Missing voices must be heard

How can we make sure that in times of climate disaster, this will not be the case?

We need to listen to the missing voices at COP26, the ones that are out in their communities, defending their land and environment, who are at once impacted by the climate crisis and gender inequality.

We need to call for sweeping, systemic changes so women, girls, and gender minorities are able to make decisions for their bodies, health, and lives, free from discrimination, violence, and the threat of disaster.

We need to center discussions around justice and accountability as women in the global south contribute the least to the crisis but make up some of the most affected populations. Women have been carrying the burden of care and compromising their health and lives for too long. Governments and institutions should follow their example and take leadership now.