Will Colombia seize this opportunity to decriminalize abortion? 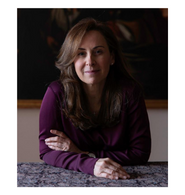 By Marta Royo, a woman’s rights activist and executive director of ProFamilia, an IPPF Member Association and Colombia’s longest-standing NGO that provides, protects, and advocates for sexual and reproductive healthcare and rights.

The Colombian Constitutional Court has a historical opportunity in its hands as it decides on whether or not to completely remove the crime of abortion from the penal code, making it a public health matter.

Unlike many others in Colombia, I grew up in a home where I wanted for nothing. A fortunate child in a country where meeting basic needs continues to be a matter of privilege, the reflection of an unequal society mired by the infinite cycle of poverty. I grew up amid discussions of politics and human rights in a safe environment where I was encouraged to formulate my own thoughts. Yet even for me, like so many Colombian women and girls, speaking openly about sex and sexuality was strictly forbidden.

Despite this, Colombia remains a society that sees motherhood as the only achievable goal in a woman's life. A paradox that is difficult to understand. From a young age, girls face the power of stereotypes and gender roles, coming to understand them as superior to anything else and realizing that when it comes to reproductive autonomy, there is no space to think, express opinions, and much less act.

Since 2006, Colombian women have supposedly been able to access abortion care under three circumstances: if their life or health is at risk, in cases of fatal foetal abnormalities, or if the pregnancy is the by-product of rape or incest.

Yet in spite of these laws, the criminalization of abortion persists. The Guttmacher Institute found that less than one per cent of the estimated 400,000 abortions carried out each year in Colombia are performed legally, with women, especially poor, rural, vulnerable and marginalized women, facing significant barriers to accessing safe and timely abortion care.

Many women are forced to carry their pregnancies to term or else seek other methods to end them. Figures collected by ProFamilia, IPPF's Member Association and the largest provider of legal abortions in Colombia, showed that during 2020, there were at least 26,223 unsafe abortions across Colombia, a startling amount for which consequences range from infection to life-changing injuries to death.

Other women have been imprisoned for up to four and a half years for having an abortion, even in cases where abortion should have been legal. In a sickening twist of events, charges actually increased by 320% from 2005 to 2008, with around 400 women prosecuted for procuring an abortion each year. Perhaps the most saddening example of discrimination is that most women charged were poor rural women, and a third, survivors of sexual violence.

The decriminalization of abortion and the Green Wave movement is centred on public health, human rights, and the full citizenship and lives of girls, adolescents, and women – who, for multiple reasons, including gender-based violence, inequity, lack of education and barriers to healthcare – continue to face unintended pregnancies. And for whom the freedom to make choices about their pregnancies and their bodies will reduce adolescent and unintended pregnancy, reduce gender-based violence and help break the cycle of poverty that so many in Colombia face.

For the dedicated health care providers, who also bear the burden of criminalization and stigma, decriminalization is an opportunity to make reproductive healthcare an integral part of physical, mental and social well-being. And a chance for abortion care providers to finally be recognized as people who simply care about the needs of others.

So after a long, rigorous and objective process of data, figures, findings and stories, Colombia is on the cusp of change.

To achieve total decriminalization would be groundbreaking, a decision that would change the course of Colombia and Latin America forever. Especially in the face of terrifying anti-choice movements which continue to plague nations across the globe, removing long-held rights from citizens, as we have seen in Texas and Poland. The magistrates should not be afraid of making the right decision.

From Uruguay to Argentina, Mexico, and now Colombia, I am hopeful that my country will join the right side of history.