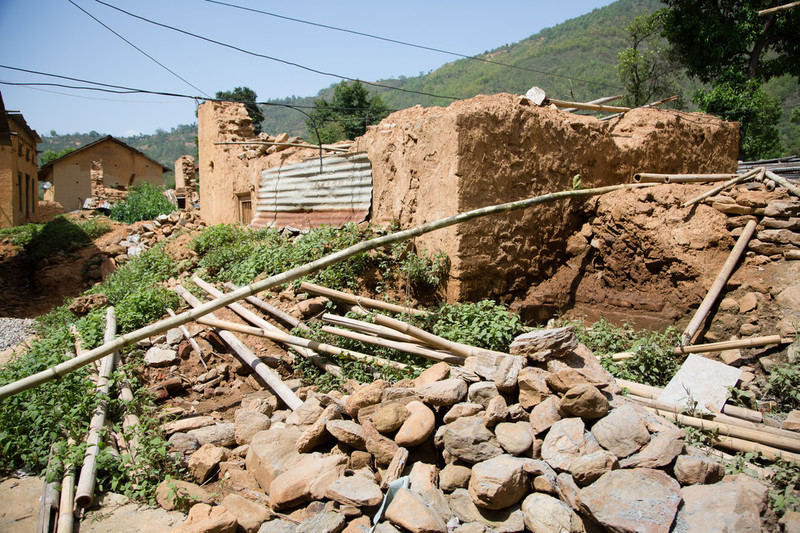 Continuing contraception services and women's health in the wake of disaster, Nepal

Just before midday on Saturday 25 April 2015, a 7.8 magnitude earthquake shook Nepal, causing massive devastation and loss of life. It was the worst natural disaster to strike the country for 80 years...

Just before midday on Saturday 25 April 2015, a 7.8 magnitude earthquake shook Nepal, causing massive devastation and loss of life. It was the worst natural disaster to strike the country for 80 years – and one the country is still recovering from. Three million people were displaced, 22,000 were injured and 9,000 people lost their lives. According to UNDP, 800,000 homes, were damaged or destroyed. A Nepalese government assessment in 2015 estimated the cost of damage, loss and reconstruction to be $14.6 billion – around three quarters of the country’s entire gross domestic product for 2015

The stories of survivors are harrowing. Twenty-two-year-old Anjana Suwal spent five hours trapped in the rubble of her family’s house. “I was thinking to myself: this is going to be the end of my life: I won’t survive,” she says. “I could hear sounds from outside and I began shouting and shouting, but no one heard me. My throat began to get sore and eventually I couldn’t make any more sounds: I felt so hopeless.”

Others speak of their desperate searches to find their children, alongside bittersweet gratitude that the earthquake had occurred on a Saturday rather than an ordinary school day, when the loss of life could have been far higher.

The effect on healthcare and family planning was severe. Clinics and hospitals were destroyed and those that survived quickly became overcrowded and had turn away hundreds of injured patients. Millions of people were forced from their homes into tents, often many miles from their usual clinics and family planning centres. Women, girls and orphans were particularly vulnerable: living in tents exposed them to sexual violence, while menstrual hygiene and basic cleanliness in the searing April heat became a struggle.

“There was always the fear of getting abused,” says FPAN volunteer Rita Tukanbanjar, who spent 20 days living in a tent after the earthquake.

When the earthquake struck, FPAN lost no time in taking action. The first job was to do a needs assessment. Then, within 48 hours, FPAN had set up mobile health camps across the country, providing family planning services as well as general health check ups.

The team offered essential items like oral rehydration, medicines, food and water. They also distributed contraception and dignity kits, provided women with antenatal checks, and set up blood-testing labs and psycho-social counselling services. Women- and children-friendly spaces provided a haven for the most vulnerable to retreat to in safety.

The organisation also organised classes on menstrual hygiene and taught women and girls how to make sanitary pads from scratch. “During that time, girls were facing a lot of problems maintaining their menstrual hygiene,” explains FPAN volunteer Rita Tukanbanjar. “All the shops and services for menstrual hygiene were closed.”

FPAN’s classes provided a vital service to women and girls, as well as valuable knowledge for life after the emergency response.

Up in the mountains of Rasuwa, close to the border with Tibet, FPAN ran a three-month mobile health camp, providing basic healthcare and family planning services.

FPAN, like Nepal, still has visible earthquake damage. “Most of our service delivery points in the Kathmandu Valley are still damaged,” says Sharad Kumar Argal.

But amid the tragedy and loss of the earthquake, the impressive and efficient emergency response it galvanised has left FPAN in a much stronger position, should another natural disaster strike Nepal. It also mobilised a huge number of young people to help: many of these volunteers are still working for FPAN, delivering vital sexuality education and community home-based care services.