Sexual health and education in the slums: one year in Kibera

Lorraine Nabwire has a hard job, in a tough place.

No-one is sure exactly how many people live crammed into Kibera – estimates range from fewer than 200,000 to around 800,000.

But there’s no doubting the challenges faced by its residents.

“People do not have flushing toilets; they share latrines, maybe one for five families. When it rains they flood into the roads. And the drains are open. They pose a risk to children and it’s why we have a lot of cholera in Kibera.”

Homes in Kibera are invariably tiny corrugated iron shacks, with mud or concrete walls, one crammed by the next. Running water comes from shared standpipes. Electricity is hooked illegally, and dangerously, from power lines.

“When the power company removes them they just come back. The poor connections for electricity mean we have a lot of fires here,” Lorraine says. 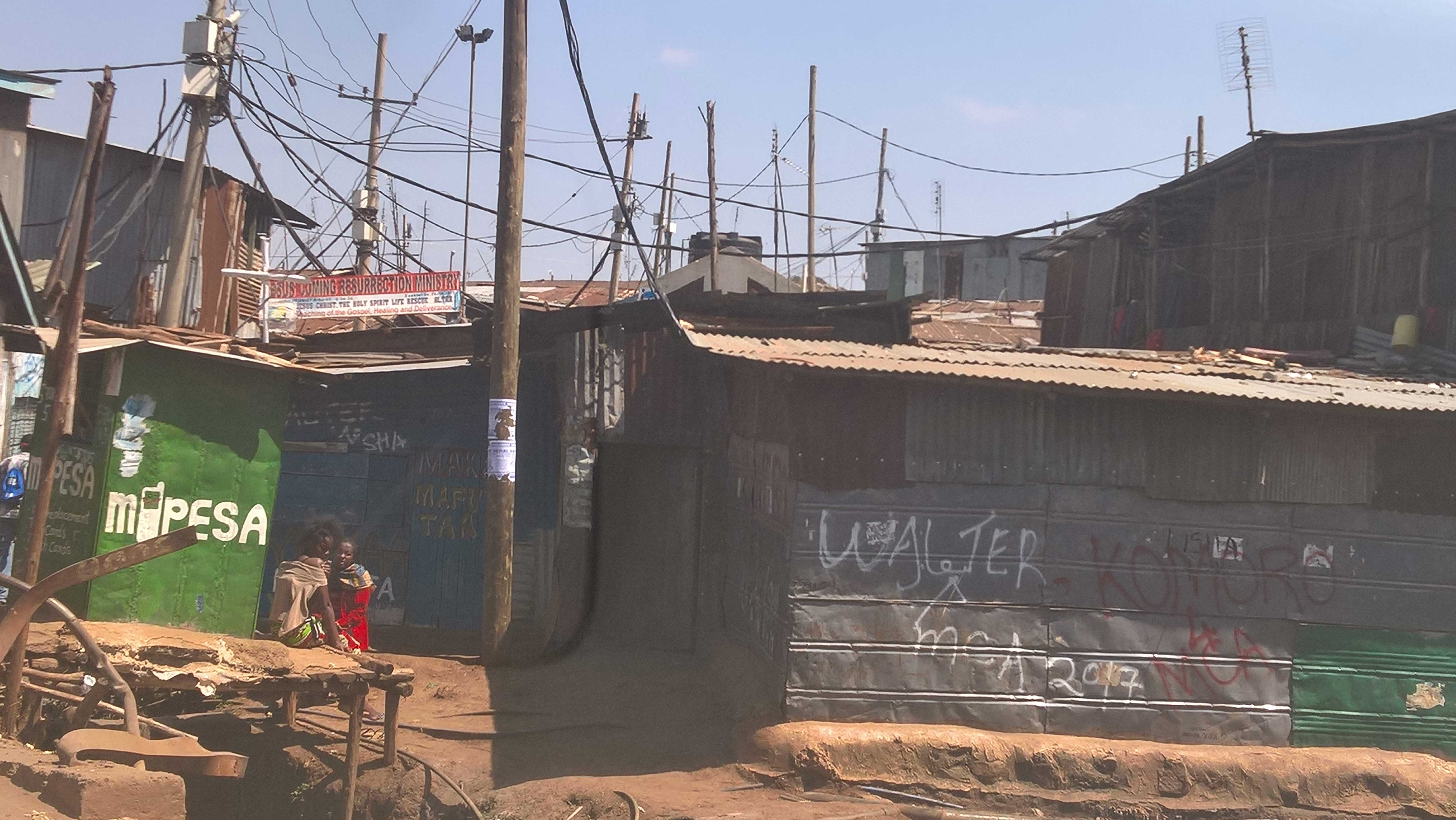 Until 2015, FHOK provided sexual health care in Kibera from mobile units. Then in July, a permanent centre was opened. Lorraine has been in charge of it since day one.

Amid the shanties, the FHOK clinic in Kibera is a welcoming place; brightly painted outside with a mural showing a carefully planned, smiling family, cool and calm inside. But to walk inside involves stepping over an open drain – a reminder of its whereabouts.

Lorraine is very honest about the challenges she has encountered in Kibera.

“It’s work in progress. At the start we might get five people a day coming to us. Now it is more than 20. It’s good to be positive, despite progress being slow.”

It’s clear there is a great need for better sexual health care in Kibera.

“People in Kibera do have many children, and the child bearing age is early, as early as 15,” explains Lorraine. “By the time they are 24 they have four kids, or more.”

Backstreet abortions are frequent, and HIV infection and rates of sexually transmitted infections (STIs) are also a concern.

But despite the unmet need for sexual health services and the low cost of treatment – most tests are no more than 50 Kenyan Shillings, about half a US dollar, and even those fees are waived for people who can’t pay at all - worries about stigma and myths around the side effects of family planning discourages potential clients. 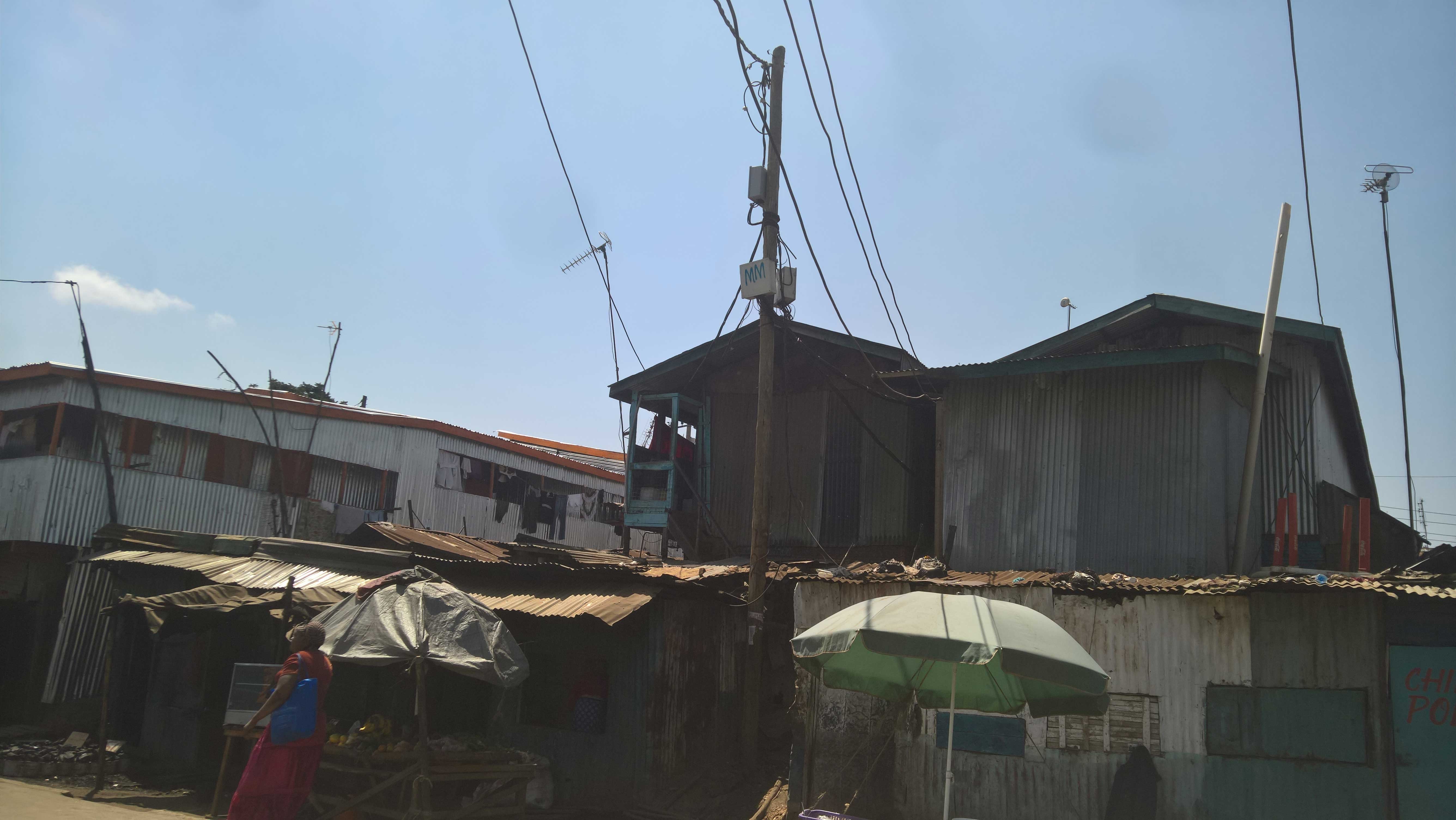 “The young, say 15 to 19, have fear of being stigmatised. They think someone might say “Hey, you?” so they don’t come. There is poor health-seeking among the youth, but also an unmet need for family planning,” explains Lorraine.

Myths around family planning are also a problem.

“People think family planning causes infertility, causes bleeding in pregnancy and other things. Most of these comments come from men, but if they do not want women to come they will not.”

Changing attitudes is very much part of the work of Lorraine’s team, and they have developed a battery of methods.

“We recruited community health volunteers in Kibera, our voice and our ears,” says Lorraine.

“They refer people who need our services to us, tell us what people are saying about us and what they need that we are not giving.

Since then our client flow has been improving. We had an in-reach day recently and we had about 80 clients. That was good.”

Lorraine and her staff also take part in a weekly radio show, called “Health Talk” on the local Swahili radio station to challenge stigma and myths. Regular community events are helping, and the team also goes into schools in Kibera to teach sexuality education.

“Sexual debut is as early as nine, so we are going into primary schools as well as secondary schools,” Lorraine says. “If you don’t start until children are 14 then you are already late.”

As the FHOK clinic in Kibera celebrates its first anniversary, Lorraine is clear about how she hopes it will develop in the year ahead.

“I want to see the community taking-up what we are doing so that it is community-led, not FHOK-led, so we are behind the scenes. We have to be part of the community.”