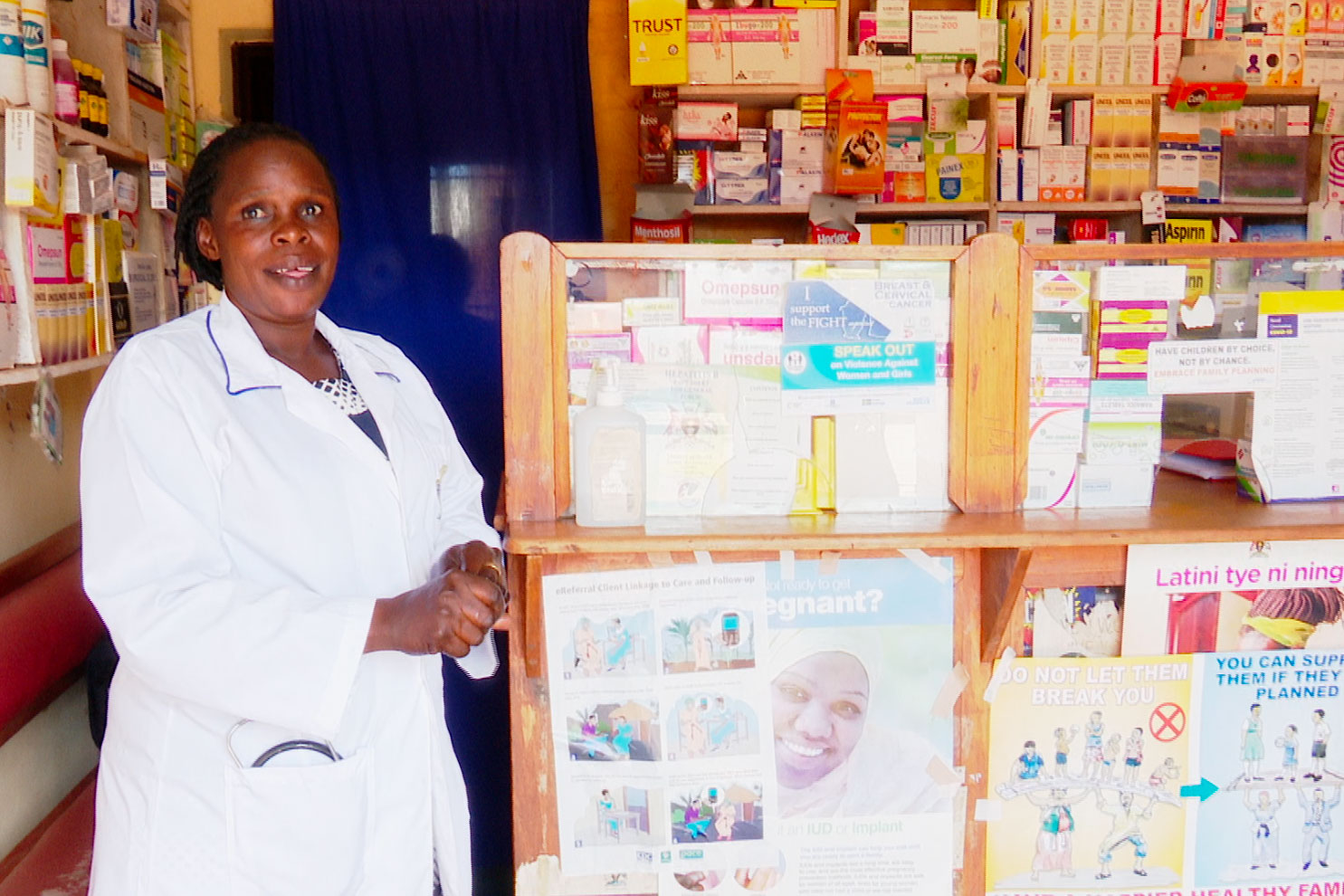 Doreen: Public-private partnership extends a lifeline to women in Uganda

Public-private partnership extends a lifeline to women in Uganda

I feel that turning away these girls pushes them into unwanted pregnancies. This is the gap the JTF project has filled, reducing maternal mortality and morbidity rates too.

One woman who was glad to receive the free services is Mariam (not her real name). On a hot Friday morning, she stands under an iron sheet that shelters her roadside vegetable stall in Gulu Municipality - one of many market stalls jostling for space on the busy road.

At 40, Mariam has eight children. This is the reality of many rural women who have grown up with the cultural norms which extol the virtues of a big family. With family resources stretched to breaking point, she decided it was time to start using contraception - even though she would have to do so in secret.

My religion does not allow the use of family planning. (…) We were married in church and if my husband discovered I am using family planning, he would report me to the priest.

To make a difficult situation worse, the burden of raising eight children falls on her shoulders. “It’s not just finding food and cooking for them, we also struggle to clothe and educate them,” she says. 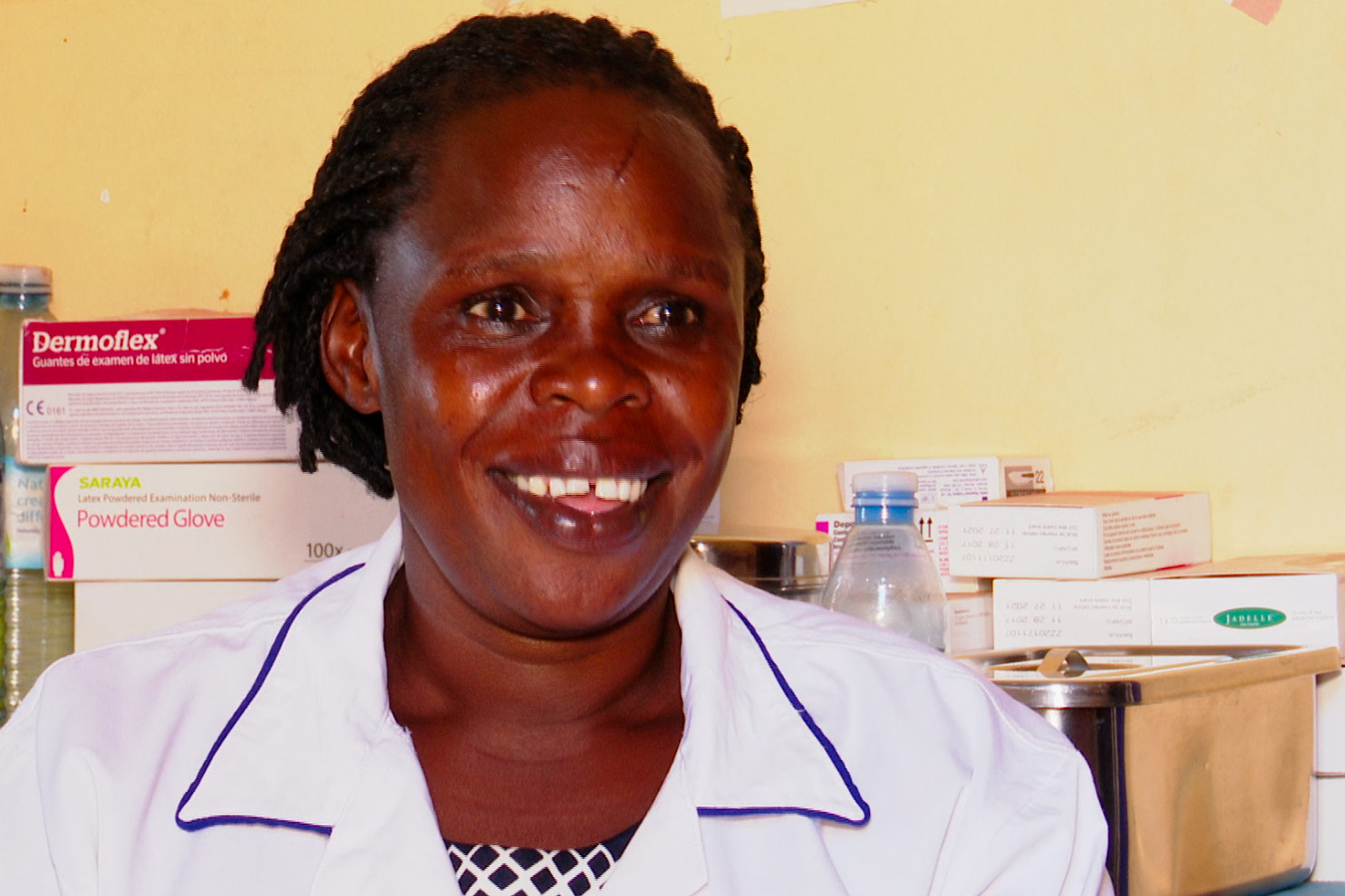 “I’ve seen girls who needed contraceptives being turned away” 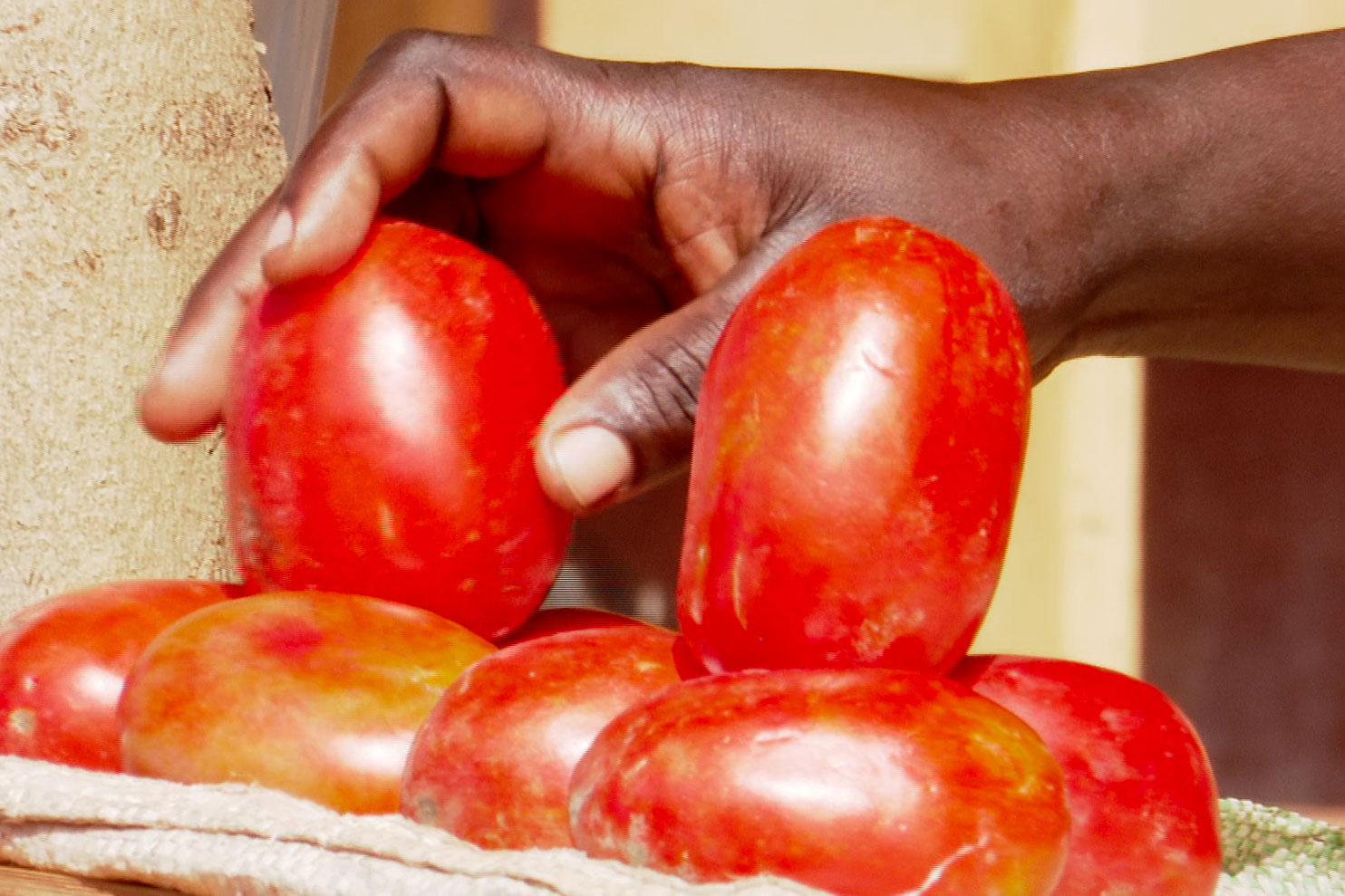 “It was expensive. I was using an injectaplan, so I had to pay every three months,” she says.

Doreen Olaa, Manager of St Bakhita Medical Clinic, a private health facility, has been empowering women to make decisions over their reproductive health for years. Doreen believes in ‘meeting people where they’re at’, so she uses a variety of methods to reach them.

“I give my health education talks to university students and the women who run small kiosks near my clinic,” she says. “I am also a panelist on a reproductive health talk show on Mega FM.”

For two years now, with support from the JTF project, Doreen’s clinic has been providing free SRH services to women and girls who need them.

“I have seen many adolescent girls who needed contraceptives being turned away from private facilities because they do not have the money. I feel that turning away these girls pushes them into unwanted pregnancies. This is the gap the JTF project has filled, reducing maternal mortality and morbidity rates too.” she says.

“Previously, I was critical when girls as young as 13 were coming to the clinic asking for family planning. I thought they were too young to think about such things! However, after the training, I learnt that if a young girl is asking for contraceptives, she is sexually active. We should counsel her, offer her services and keep her confidentiality. By helping her, I am helping the whole country,” she says.

The JTF project provided training too, focussing on the quality of care given to clients, how to dispose of waste safely, and infection control. For Doreen, it also helped her to measure client satisfaction.

Helen Laker is one of Doreen’s satisfied clients. The 32-year-old mother-of-three owns a stall just outside St Bakhita Medical Clinic.

“I had my first child when I was 16 and dropped out of school. My children have different fathers, and I soon realized that men just want to impregnate me and leave me. Before Doreen encouraged me to start using contraceptives, I found it hard to protect myself against unwanted pregnancy, and I found myself in situations where I had to have an abortion,” she says.

“I have brought other traders on board because the contraceptives are free of charge. They can see that, even on the small income from my business, I am able to look after my three children and take contraceptives. I feel I’m wiser now. I don’t want to have any more children,” Helen says. 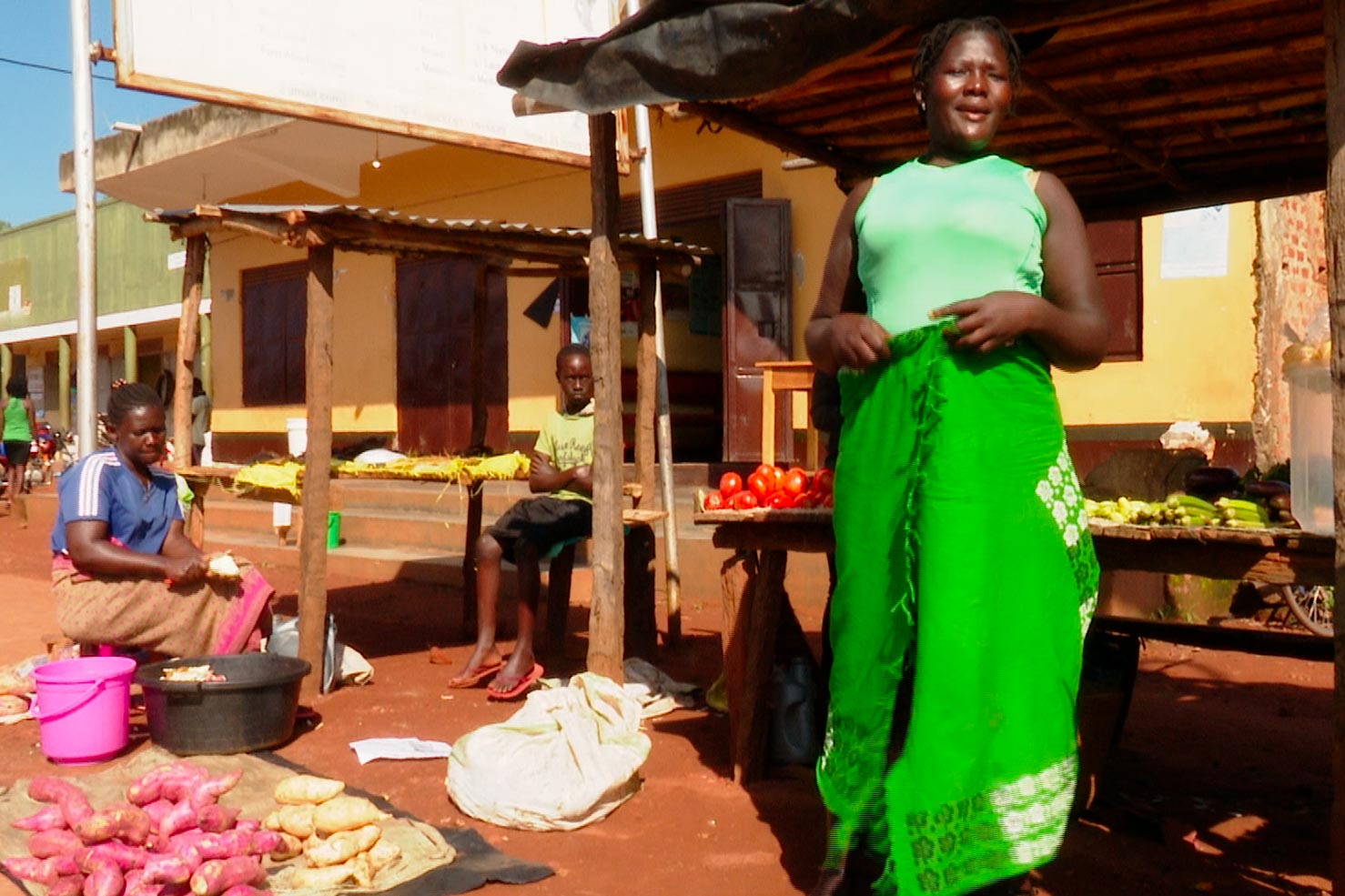 People’s attitude towards family planning has to change 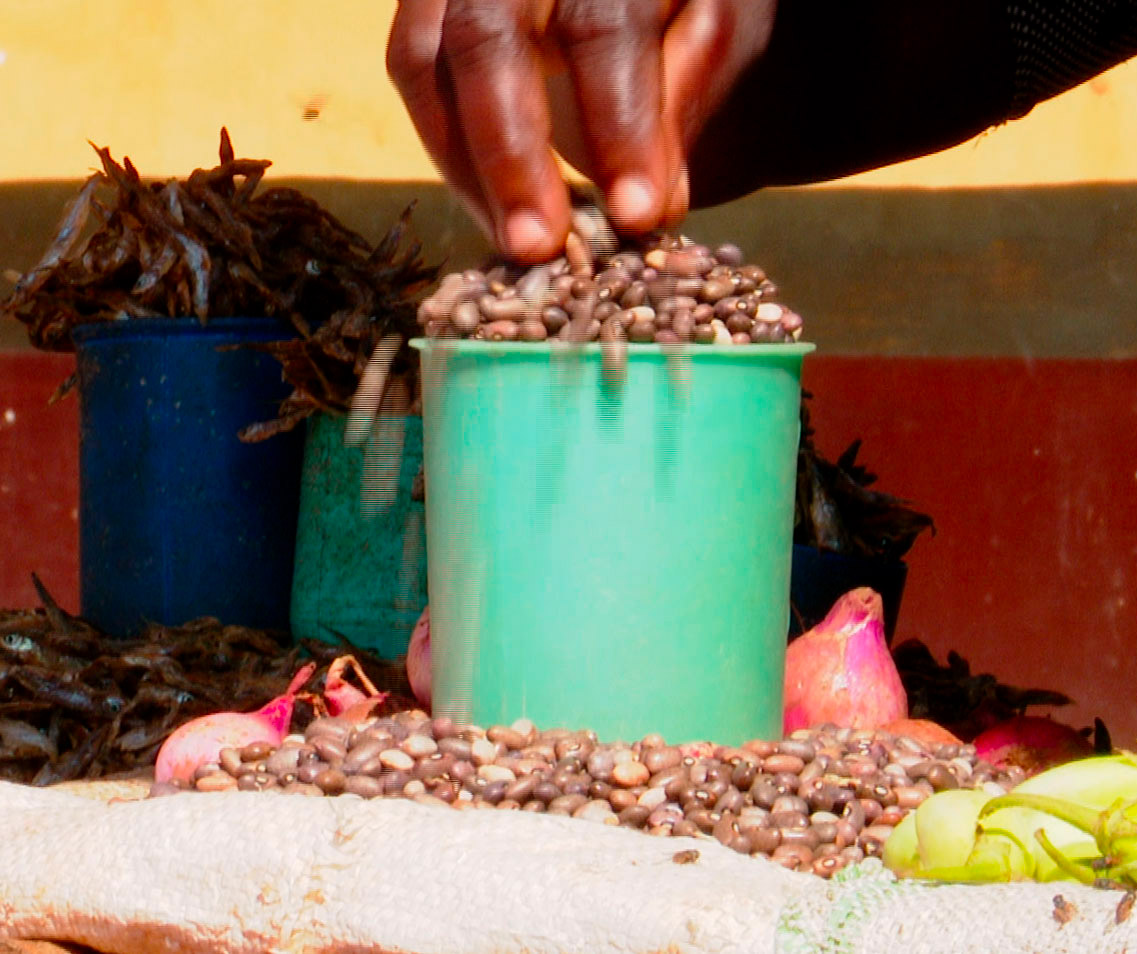 While the free SRH services have been a welcome change in the lives of many women reached by the project, people’s attitude towards family planning also has to change.

Mariam says, “I don’t want my husband to find out. (But without contraceptives,) I would have had 15 children now.”

As she leaves for the market, she is glad she is not carrying a baby on her back.

“I don’t want my children to have as many children as I do. So I talk to my oldest daughter about contraception. I want her to have a smaller family and to be able to afford an education for them,” she says.