The JTF project helped us understand ourselves.

As the sun sets in the Arabian Sea, Malini talks about her journey to understanding herself and others around her. Her path as a transgender woman in South Asia has certainly not been easy. However, it's not her struggles you remember, it's her empathy and honesty. And from the stories of the Drop-in-Center she visited every week, you learn that it ultimately became a place of solace, friendship and freedom for her.

Malini was one of the first few people who started going to the Drop-in-Center set up by Family Planning Association of India (FPA India) for key populations in Mumbai such as transgender people, men who have sex with men, people living with HIV, and some local women. The center was established as a part of a Japan Trust Fund (JTF) project to create friendly spaces to promote the sexual and reproductive health and rights of key populations. Malini is one of the many people for whom the center became so much more than a place.

When I faced any challenge at home, then I could find peace at the center. It was quite spacious. I used to tell other people about the center and encouraged them to visit. I would tell them, you can come here, dress in drag, wear a saree, dance and be free. We would meet once a week and also have get-togethers.

At the end of a road in the south of Mumbai, the center provided a refuge of much-needed calm and security to its visitors. However, it was the people who made the center special. The experienced and empathetic staff of FPA India managing the center made it a safe and welcoming space.

The attitude of the staff was exceptional. I really felt that they wanted to understand us. They went over and above their responsibilities to support us. We were welcome at any time. Even though the center was supposed to close at 5 pm, on many occasions we wouldn't leave until 7 pm but the staff never complained. 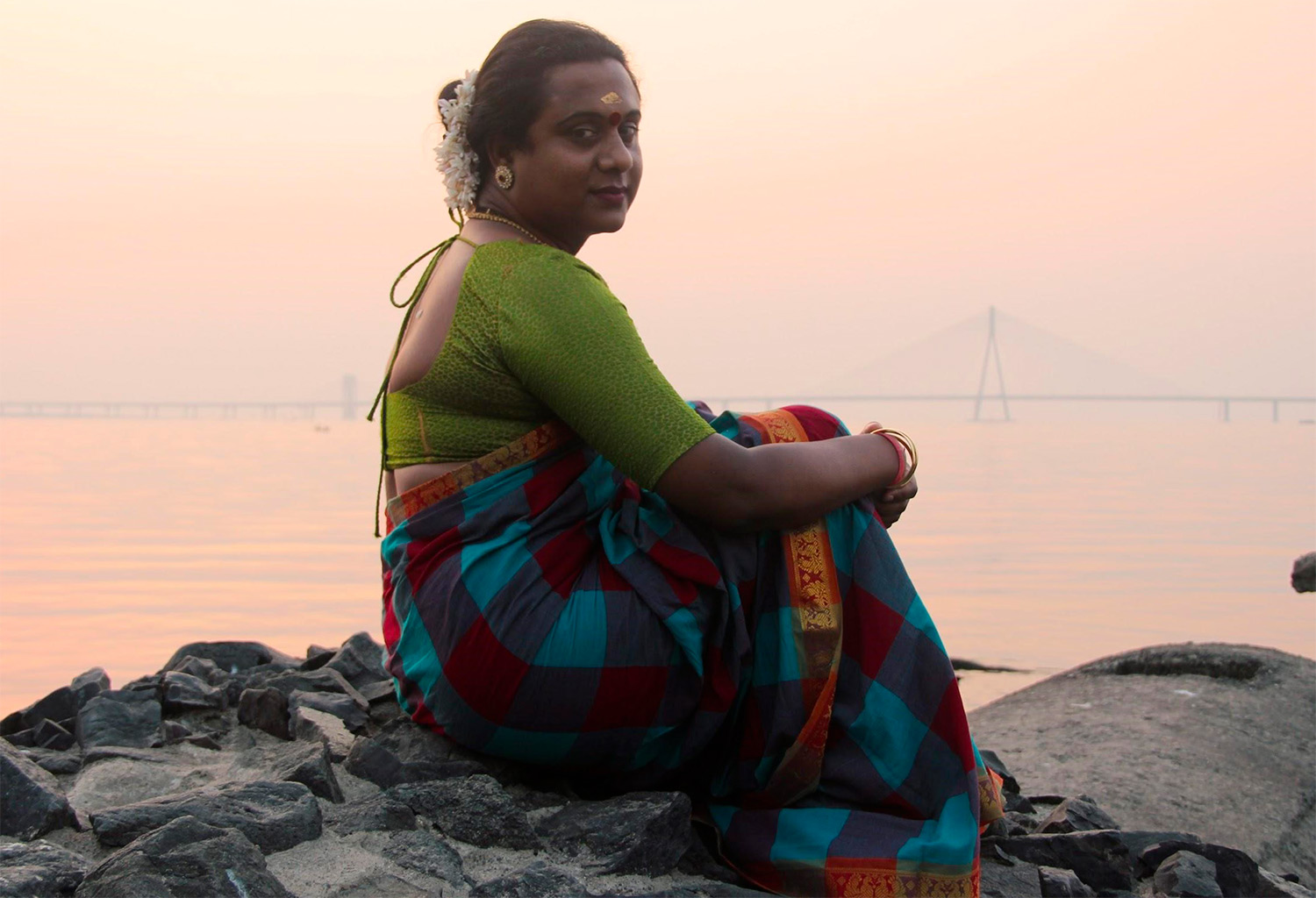 Conversations on health and rights

s well as being a meeting point, the center also provided critical information and services to key populations. There were several people who would come from outside the city to benefit from its counselling and other services.

At the center, we were made aware of our health and sexual and reproductive rights. We would talk about safe sex, contraceptives and maintaining confidentiality which was essential. The staff told us that even if we believed we were different, it 'didn't mean we couldn't ' go to the hospital and access treatment. They told us that doctors 'couldn't discriminate against us and we should not hesitate in seeking treatment for health-related issues. The staff would also refer us for HIV testing and treatment if needed.

Over the years, Malini formed strong bonds with many others who came to the center. These friendships gave her an intrinsic sense of belonging. The center and people allowed her to find the courage to talk about difficult issues.

The JTF project helped us understand ourselves. A lot of transgender people used to come to the center. There were a few men who have sex with men (MSM) who even came with their wives. To have a safe space like that back then was a big deal. There was definitely a need for such a place. I wanted my community to take advantage of this place - for their health, or just to have fun there. 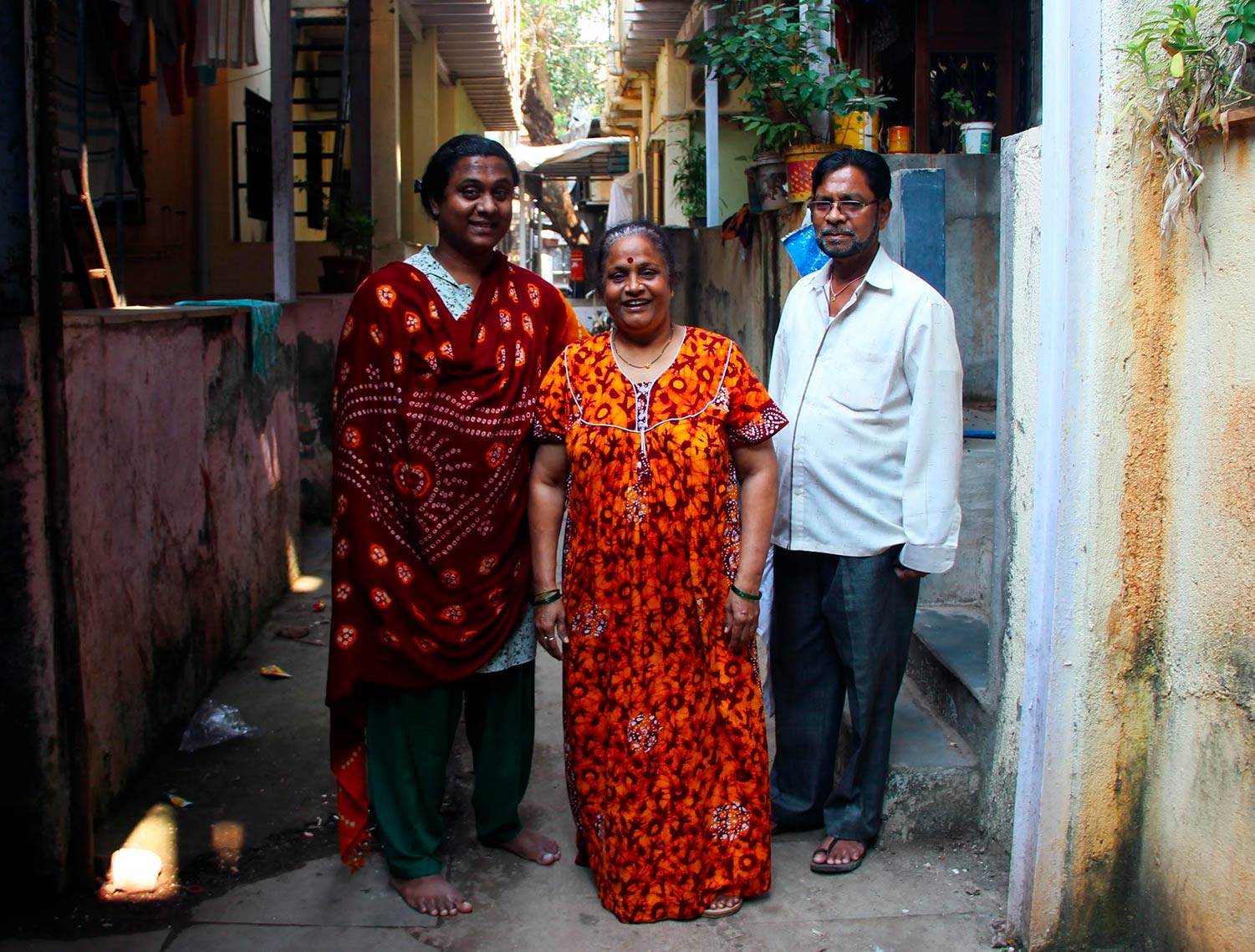 Malini with her parents 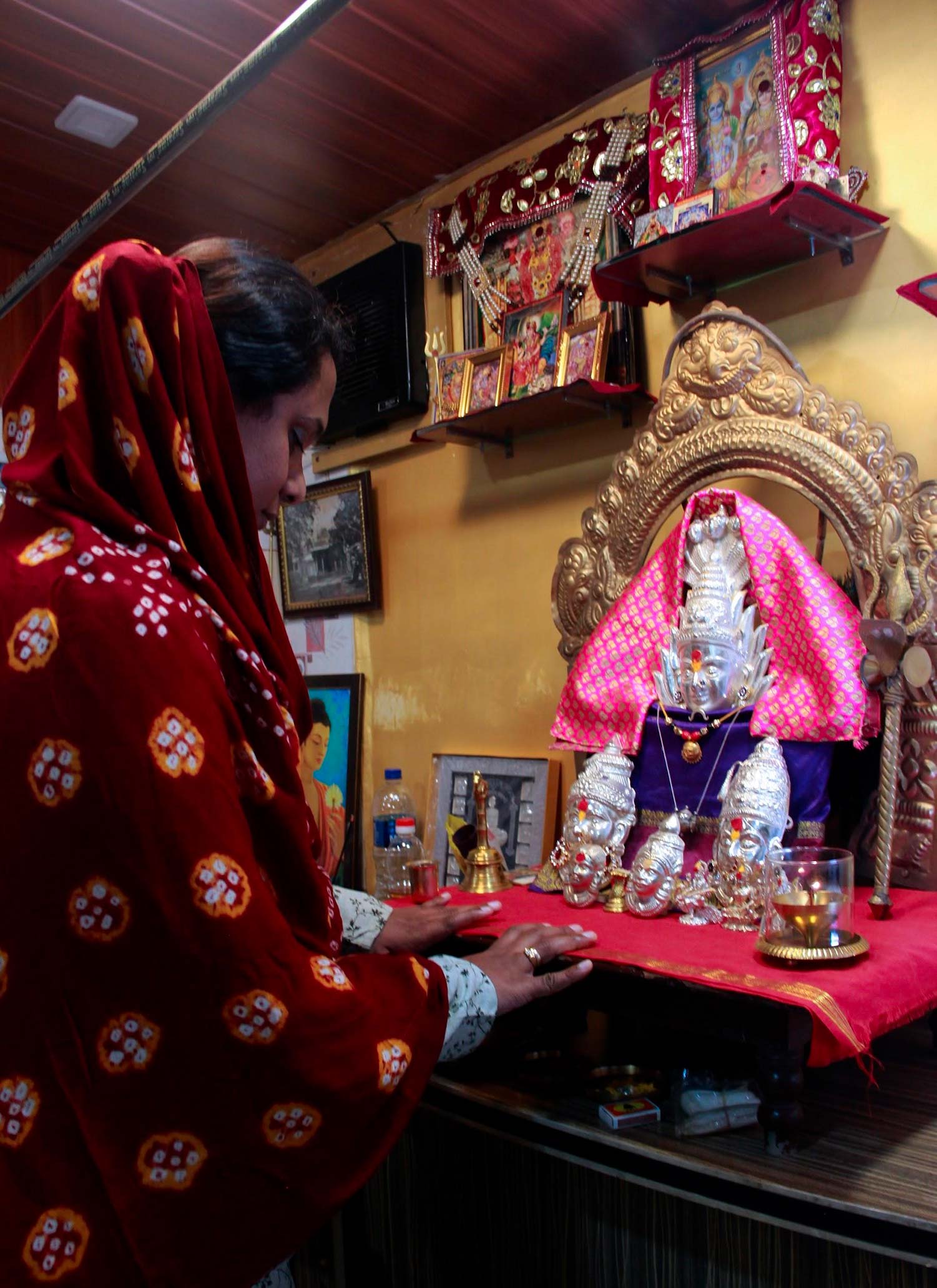 Malini is a part of the religious Jogti community. Jogtis are male-to-female transgender people who dedicate their lives to the service of the divine.

he Drop-in-Centre also helped strengthen the bond Malini shares with her family.

Jugnu (one of the centre's staff members) really bonded with my mother since she is from the same region. Jugnu helped me share my concerns about discrimination with her which I wasn't able to. I was also able to understand what my mother expected from me. Key populations are often not open with their parents.

alini believes in the power of small changes. She says with conviction, "I don't know the problem society has with us, but I know that I should change their perspective towards my community. I am not talking about the wider society. I am talking about the people connected with me. They can add some of my ideas to their own and have a different perspective." 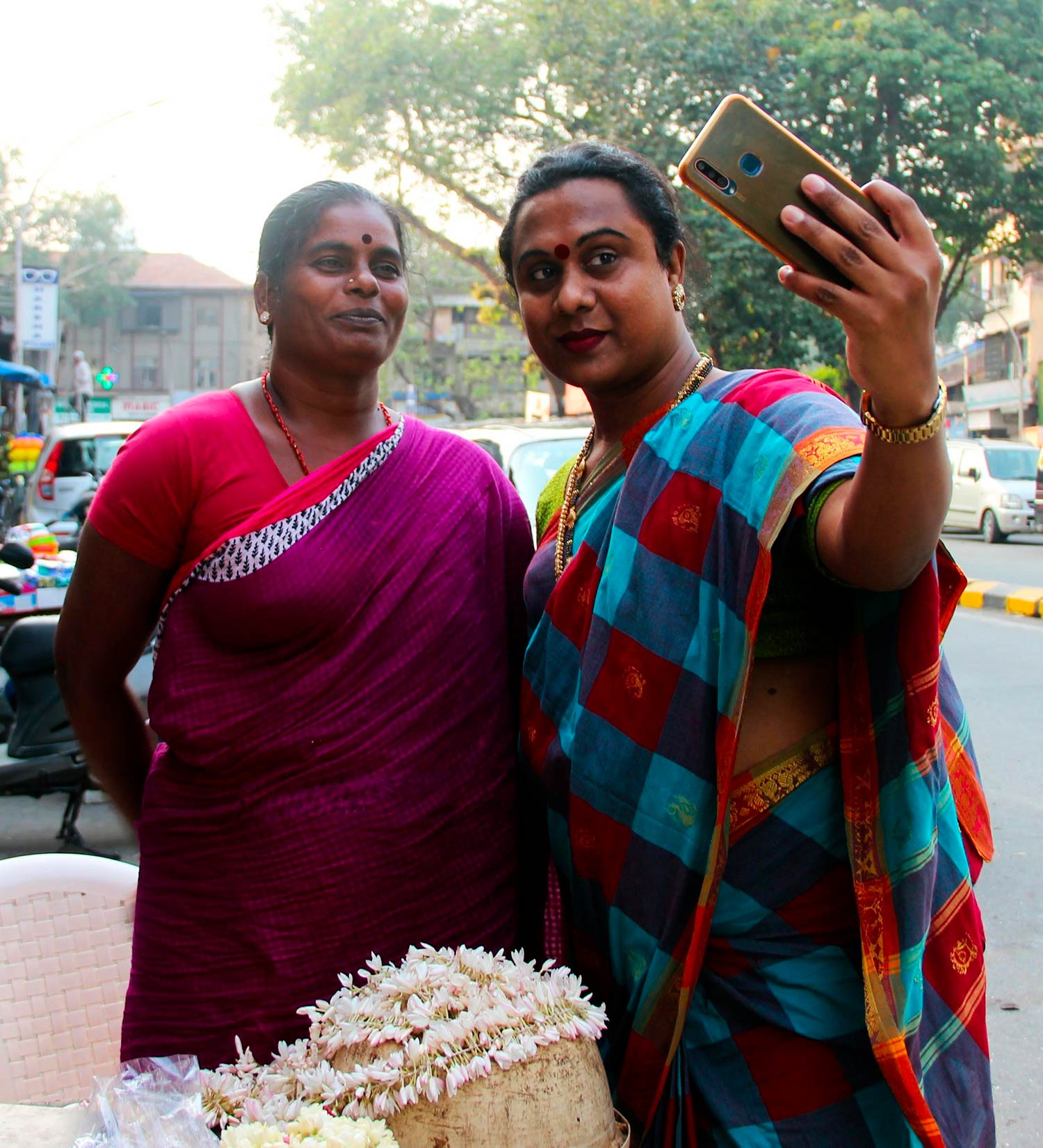 Malini is lovingly called Amma (mother) by many. 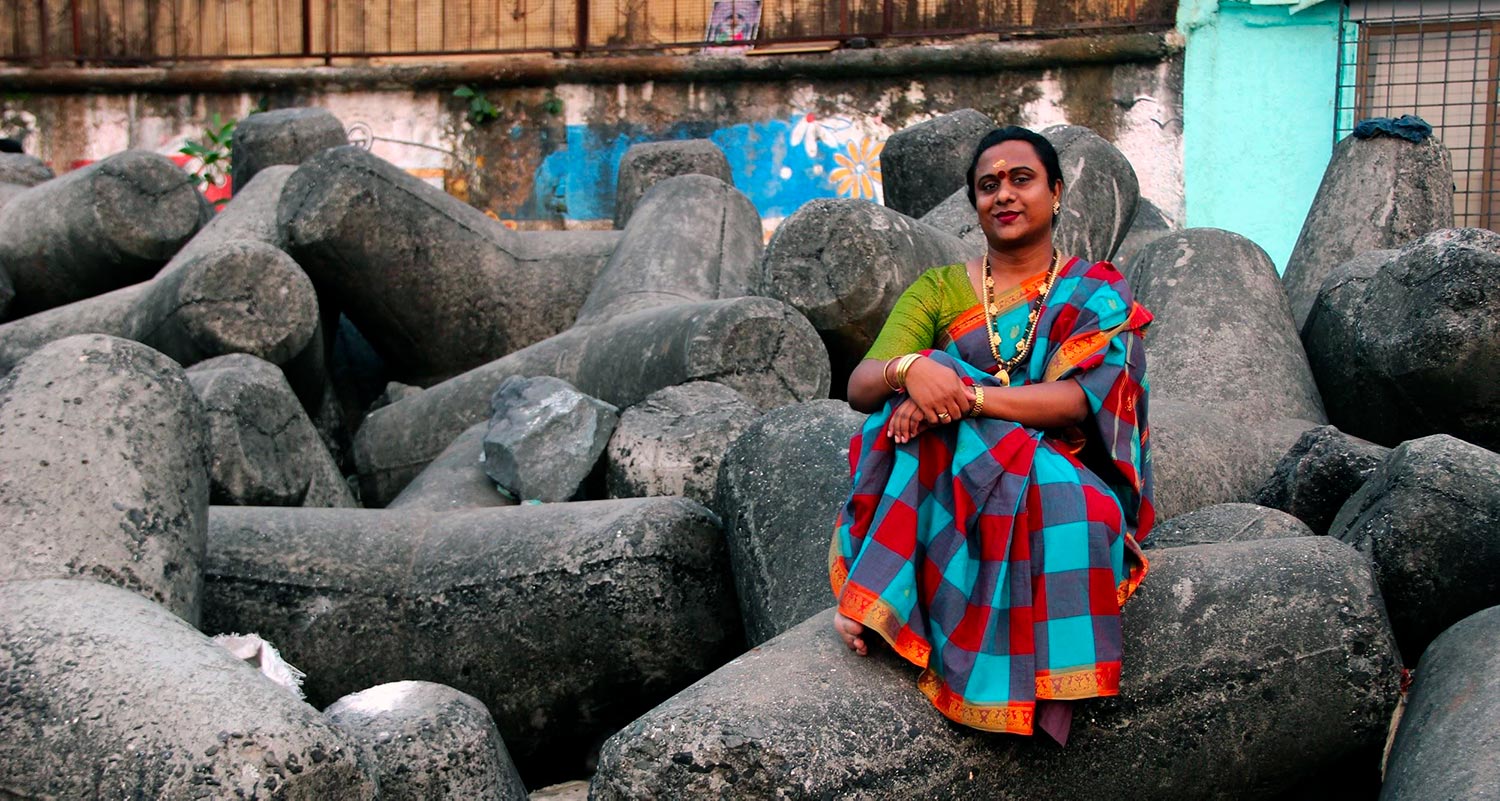 orn as a boy in a family in Mumbai, Malini became aware of her gender identity when she was12. As she came to terms with her individuality, she didn't think of herself as different, she believed that she was special. Malini has faced the stigma associated with being a transgender person in Indian society, along with financial hardship. However, she knows that some of her peers have faced even worse. The support she found in the LGBT community has helped her counsel others facing trauma and grief.

Malini is currently working as a counsellor for key populations with a local organization in the city. Along with providing them with relevant information related to their sexual and reproductive health, Malini assists them in getting access to regular medical check-ups and treatment.

The IPPF Japan Trust Fund has been an immensely valuable partner for FPA India since 2001. In the beginning, we were working with JTF only on creating awareness on HIV because those were the early days, and HIV was a priority for the country at that time. The way programmes under JTF have progressed year on year has helped us integrate our sexual and reproductive health and rights work with HIV. Earlier, we focussed on HIV and AIDS, but we realized that an individual has multifarious health needs. We can't be working in silos. We broadened our programme to include SRHR services for female sex workers, men who have sex with men, transgenders people, and we built on our experience.

In our recent programmes under the JTF project, we are also working with women in multiple locations. The entire approach has been to look at the women's health needs, issues related to gender-based violence, and their economic needs. Year-on-year JTF has helped us broaden our programmes and made them more holistic and comprehensive. The JTF project has also helped us consider the community's diverse needs. We have been able to work with different sections of the community. Earlier, we worked with sex workers and truck drivers and then we gradually expanded our programme to young people. We have gone into the community. We have even worked with prisoners.

Additionally, these projects have helped us build internal capacities and train our staff which has been significant. Today if our team is talking about the SRH awareness programme, they talk about HIV prevention as a matter of course. So, we don't need a separate intervention programme for HIV. Amita Dhanu
Assistant Secretary-General and Head of Programmes
FPA India

The IPPF Japan Trust Fund has funded us 13 times for innovative projects for more than a decade. It always pushed us to do better and different things. We reached out to more vulnerable and marginalized communities.

In India, when the HIV crisis was at its peak, it was at that time that JTF funding gave us the opportunity to integrate SRHR with HIV-related work. While we understand from a public health perspective that the vertical approach to HIV programming was an important aspect of the design adopted in our country. It is also essential to understand that it is very important to integrate the critical elements of a rights-based approach from a public health and rights perspective. The JTF funding over so many years helped our organization reach out to all types of key populations, important communities and work with them. Dr Kalpana Apte
CEO
FPA India