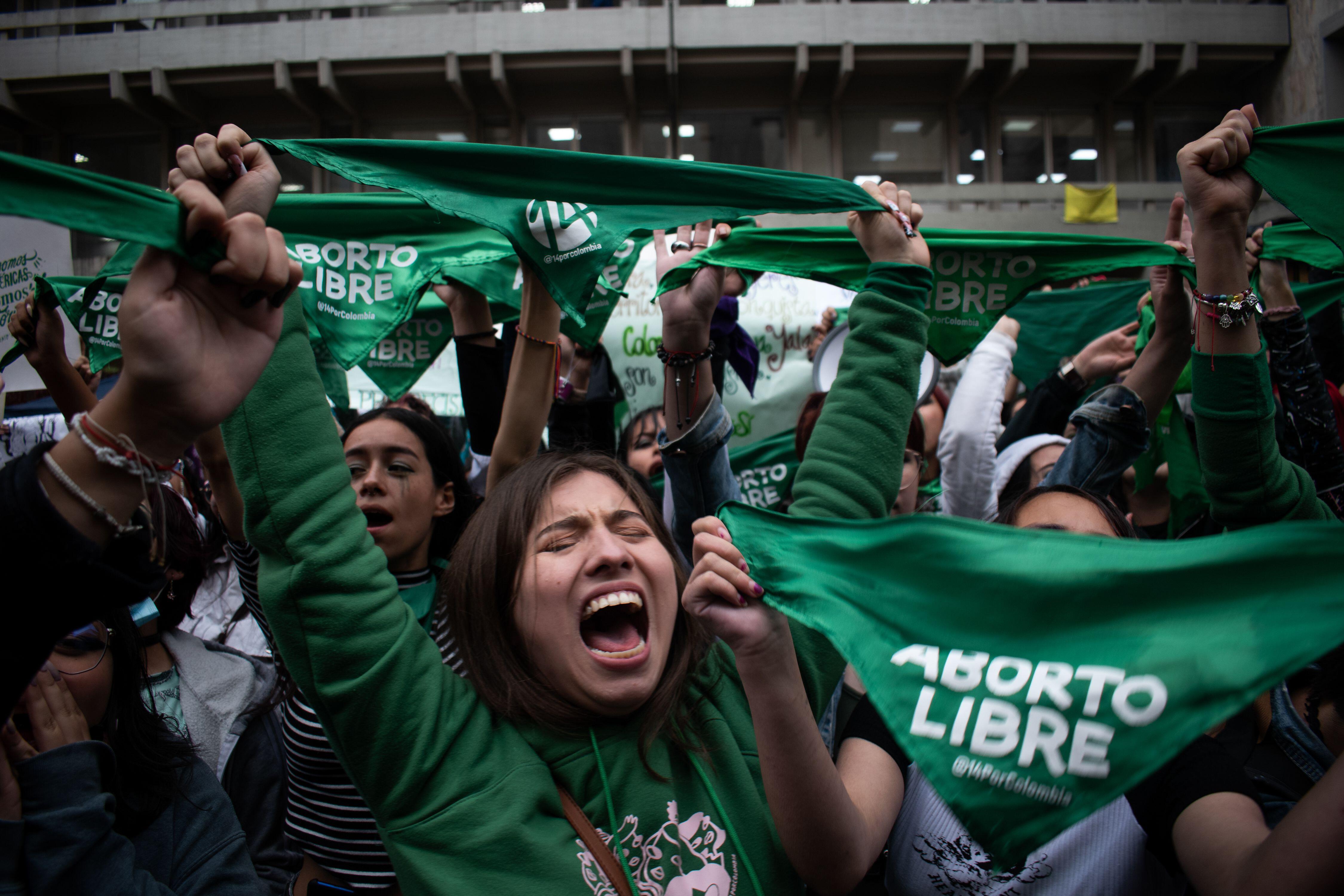 The Colombian Constitutional Court has decriminalized abortion up to 24 weeks in another victory for the Green Wave sweeping through Latin America.

The Colombian Constitutional Court has decriminalized abortion up to 24 weeks in another victory for the Green Wave sweeping through Latin America.

The historic decision follows years of campaigning by women's right's activists across Colombia and came off the back of two lawsuits that asked the court to declare article 122 of the penal code, that "the woman who causes her abortion or allows another to cause it, will incur a prison sentence from sixteen (16) to fifty-four (54) months" as unconstitutional.

Having delayed several times over the past two years, the court called an extraordinary meeting on Monday 21st February 2022, and took just a few hours to come to its decision - ruling five against four to decriminalize the healthcare procedure. The decision will go into effect immediately.

ProFamilia, IPPF's Member Association in Colombia, and Colombia's largest provider of legal abortion care was heavily involved in pushing to extend the rights of those needing to access abortion care. Colombia follows other countries in the region such as Mexico and Argentina, while parliamentarians in Ecuador last week eased regulations to allow access to abortion in cases of rape.

"Today is a ground-breaking moment for the people of Colombia and a long-overdue guarantee of reproductive rights and dignity for all those who need abortion care, especially poor and rural women who bear the brunt of restrictive abortion policies.

"The decriminalization of abortion up to 24 weeks in Colombia and the Green Wave movement across Latin America is centred not just on public health, but also the full lives, citizenship and human rights of girls, adolescents, and women – who, for multiple reasons, including inequity, access to education, gender-based violence and barriers to healthcare – continue to face unintended pregnancies.

"The freedom for women to finally make their own choices about their pregnancies and their bodies is fundamental to disrupting the cycle of poverty that so many in Colombia face. This monumental decision is also a win for the dedicated health care providers, who will finally be recognized as people who simply care about the needs of others."

While Colombian women have supposedly been able to access abortion care since 2006 under three circumstances: if their life or health is at risk, in cases of fatal foetal abnormalities, or if the pregnancy is the by-product of rape or incest, in reality,  the criminalization of abortion persisted.

The Guttmacher Institute found that less than one per cent of the estimated 400,000 abortions carried out each year in Colombia are performed legally, with women, especially poor, rural, vulnerable and marginalized women, facing significant barriers to accessing safe and timely abortion care.

Many Colombian women are instead forced to carry their pregnancies to term or else seek other methods to end them. Figures collected by ProFamilia showed that during 2020, there were at least 26,223 unsafe abortions across Colombia, a startling amount for which consequences range from infection to life-changing injuries to death.

As per the previous abortion law, other women have been imprisoned for up to four and a half years for having an abortion, even in cases where abortion should have been legal. In a shocking example of discrimination, data collected showed that poor rural women were more likely to be charged, with a third of those who faced charges also survivors of sexual violence.

"Today Colombia took another step in the right direction for gender equality and full human rights for all, and we are incredibly proud of IPPF's Member Association, ProFamilia, for their tireless work alongside thousands of activists across Colombia and Latin America

"This 24-week decriminalization is historic in the region and especially remarkable when we consider the current fragility of abortion rights globally and the anti-choice movements which continue to plague nations across the world, including in countries close to home like the United States of America.

"While today we are celebrating this historic decision, the Green Wave is strong and growing, and the fight for reproductive rights and justice will not end until every person can access high-quality sexual and reproductive healthcare when and where they need it."