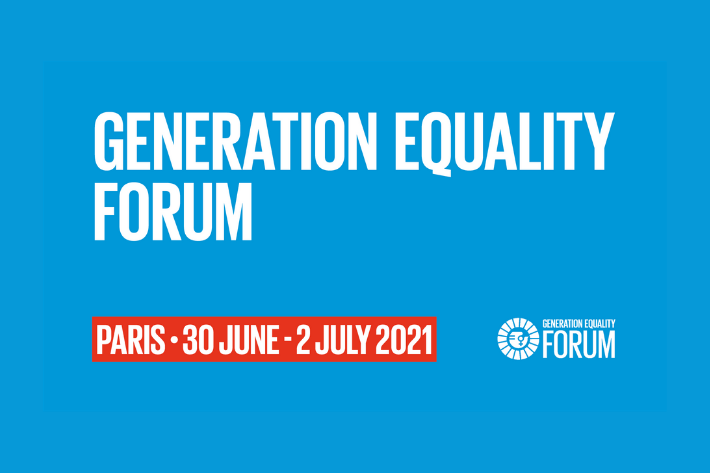 IPPF at the Generation Equality Forum

The Generation Equality Forum (GEF) is a civil society–centered, global gathering for gender equality, convened by UN Women and co-hosted by the governments of Mexico and France.

What is the Generation Equality Forum?

The Generation Equality Forum (GEF) is a civil society–centered, global gathering for gender equality, convened by UN Women and co-hosted by the governments of Mexico and France. The Forum kicked off in Mexico City, Mexico, on 29–31 March 2021, and will culminate in Paris, France, on 30 June – 2 July 2021. This Forum aims to promote the full implementation of the Beijing Platform for Action in the framework of the commemoration of its 25th anniversary, which was unanimously adopted by 189 countries around the world.

Why is it important?

The GEF presents a great opportunity for different multi-stakeholders to reignite the Beijing agenda and to embrace this global movement, bring the change needed and make concrete and strategic commitments to build back better and to ensure that gender equality is an aspiration for the present generation and a reality for future generations to come.

The Generation Equality Action Coalitions are innovative and multi-stakeholder partnerships focused on the most intractable barriers to equality. Their aim is to deliver concrete and transformative change for women and girls around the world in the coming five years that, if implemented and fully funded, can lead to lasting and transformative change and help to ensure that women, girls, and gender diverse people everywhere can fully enjoy their human rights. They will focus on six themes that are critical for achieving gender equality: gender-based violence, economic justice and rights, bodily autonomy and sexual and reproductive health and rights, feminist action for climate justice, technology and innovation for gender equality, and feminist movements and leadership.

What role does IPPF have at GEF?

1) Expand access to CSE in and out of school;
2) Increase qualitative access to contraception;
3) Empower all people, including adolescents and women, in all their diversity to make autonomous choices about their bodies, sexuality and reproduction;
4) Strengthen girls, women's and feminist organizations and networks to promote and protect bodily autonomy and SRHR.

Although important steps were taken, and some progress achieved, the Beijing Platform for Action is far from being implemented. Many obstacles like absence of political will, lack of financial commitment, rigid, restrictive and patriarchal gender social norms and backlash to women's and girls' rights and fundamental freedoms, in particular their participation in social, economic and political life, the right to their bodily autonomy and sexual and reproductive rights, discrimination and sexual and gender-based violence have been the reality in every corner of the world. But the paradigm is changing, and different social movements have revitalized the discussions and women and girls are very much in the agenda of governments, civil society organizations, private sector and academia.

In Paris, IPPF will commit to accelerate access to safe abortion care centered in three principles- right base, reproductive justice and gender transformative, and to influence change in laws and ensures that abortion is decriminalized and barriers, including to self-managed abortion, are removed. And to collaborate and build a strong, united voice to promote finance comprehensive sexuality education in and out of school, via evidence-based modalities.

With our Member Associations at the center, IPPF will present a progressive and aspirational proposal aligned with its organizational vision and that will face great challenges; however, it is well worth it; advancing gender equality with full respect and recognition of all sexual and reproductive rights of girls, adolescents and women is IPPF's ultimate goal.