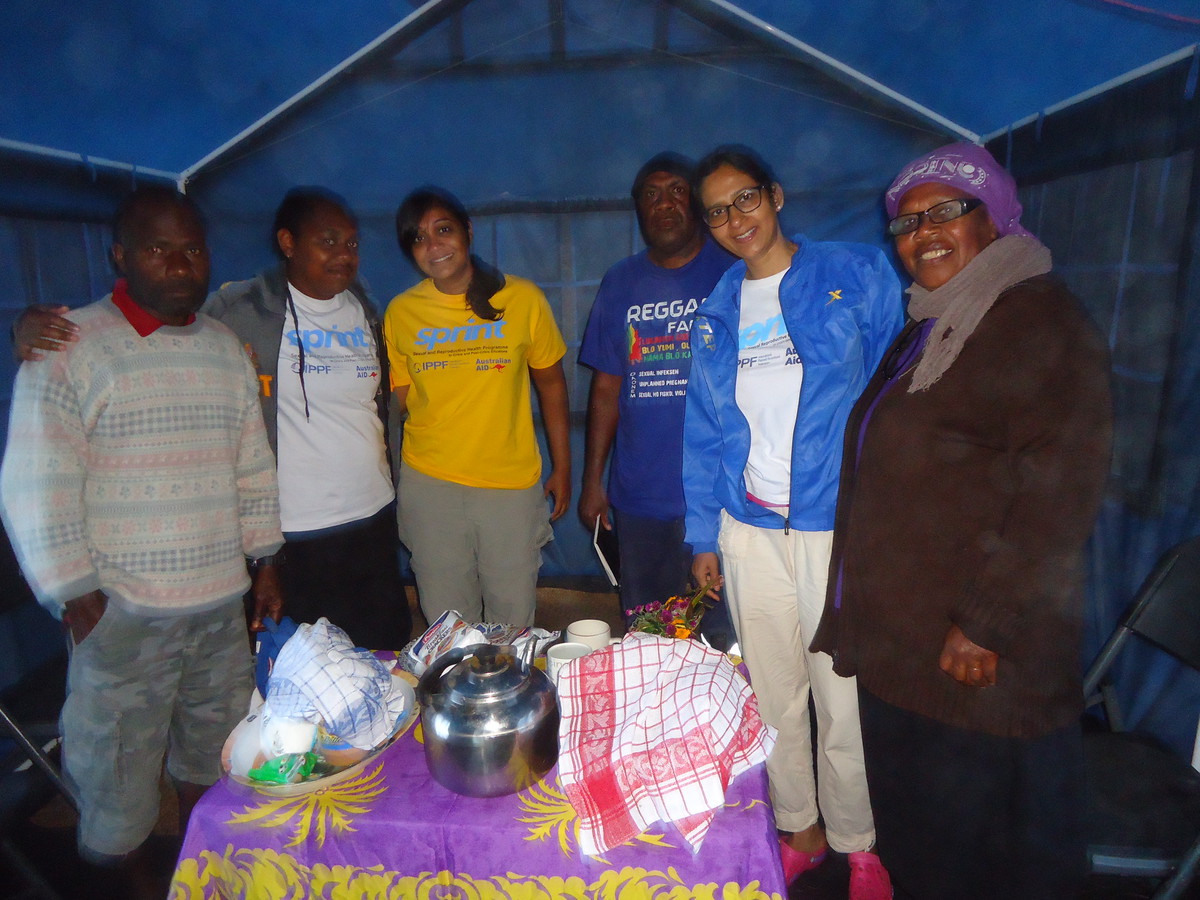 Cyclone Pam, one of the most intense storms of the South Pacific Ocean, caused widespread devastation in Vanuatu’s southern provinces of Shefa and Tafea in May 2015.

Cyclone Pam, one of the most intense storms of the South Pacific Ocean, caused widespread devastation in Vanuatu’s southern provinces of Shefa and Tafea in May 2015.

“The IPPF-SPRINT and the VFHA team walked for more than 2 hours to Labasilis Community Village in North Tanna, Vanuatu. It had rained continuously the previous night, hence it was impossible to use the 4-wheel drive transport and the team made the entire trek by foot, carrying all the medical equipment! We passed a few small settlements on the way, and in one village, Dr William, a MOH (Ministry of Health) medical doctor who had volunteered with VFHA for the mission treated a young man with a chest infection and a lady with musculoskeletal pain.

“There was no such thing as a clinic or shelter, and the makeshift table was on a piece of zinc on the ground, where the medical bag was opened,” explains Subatra Jayaraj, SPRINT Regional Manager, The International Planned Parenthood Federation-East & South East and Oceania Region. After crossing the peak of 3 hills, the team arrived at the Labasilis Village and set up clinic in a tent that had been provided to the community by UNICEF. At least it provided shelter from the storm outside.

“It had rained heavily the previous night. However, we started early to reach Labasilis. We started walking slowly. Maintaining one’s balance in the slippery muddy road was a real challenge, everyone decided to walk bare foot – walking though the bush was also preferred for better grip. I was relieved to learn that Tanna soil does not have insects or snakes- may be due to volcanic sand deposit. Many of us slipped or almost slipped couple of times. Each time one team member slipped it was counted as one point and if one almost slipped, then half a point is scored. Need not to mention, that we all contributed towards quite a good score for the team. The scenery was indeed beautiful, but continuous rain and the slippery road kept us focusing on each step we took forward,” said Aditi Ghosh, Acting Director, IPPF-SPRINT Initiative.

Thanks to IPPF-SPRINT and VRHA, we served four communities via three outreach mission in the Tanna Island, providing Sexual and Reproductive (SRH) services, including HIV/STI and Family Planning services, Maternal, Obstetric and Neonatal Health Care.