In pictures: Overcoming the impact of the Global Gag Rule in Mali

In 2017, the Association Malienne pour la Protection et la Promotion de la Famille (AMPPF), was hit hard by the reinstatement of the Global Gag Rule (GGR). The impact was swift and devastating – depleted budgets meant that AMPPF had to cut back on key staff and suspend education activities and community healthcare provision. The situation turned around with funding from the Canadian Government supporting the SheDecides project, filling the gap left by GGR. AMPPF has been able to employ staff ensuring their team can reach the most vulnerable clients who would otherwise be left without access to sexual healthcare and increase their outreach to youth.

“SheDecides has helped us a lot, above all in our work outside our own permanent clinics. When we go out in the community we have a lot of clients, and many women come to us who would otherwise not have the means to obtain advice or contraception,” explained Mama Keita Sy Diallo, a midwife and AMPPF board member. She runs consultations at community health centers in underserved areas of the Malian capital. “Everything is free for the women in these sessions.” 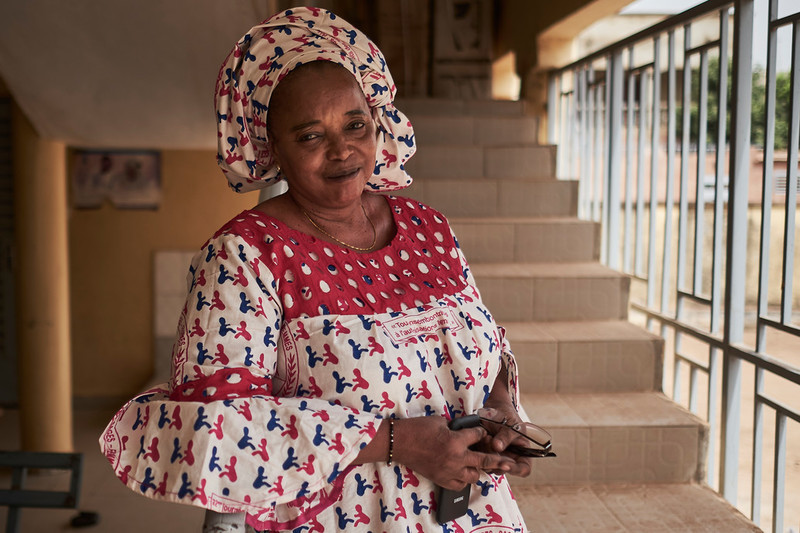 By 9am at the Asaco Sekasi community health center in Bamako, its wooden benches are full of clients waiting their turn at a SheDecides outreach session.

Fatoumata Dramé, 30, got here early and has already been fitted for a new implant. “I came here for family planning, and it’s my first time. I’ve just moved to the area so I came because it’s close to home,” she said. Bouncing two-month-old Tiemoko on her knee, Dramé said her main motivation was to space the births of her children. “I am a mum of three now. My first child is 7 years old. I try to leave three years between each child. It helps with my health,” she explained. 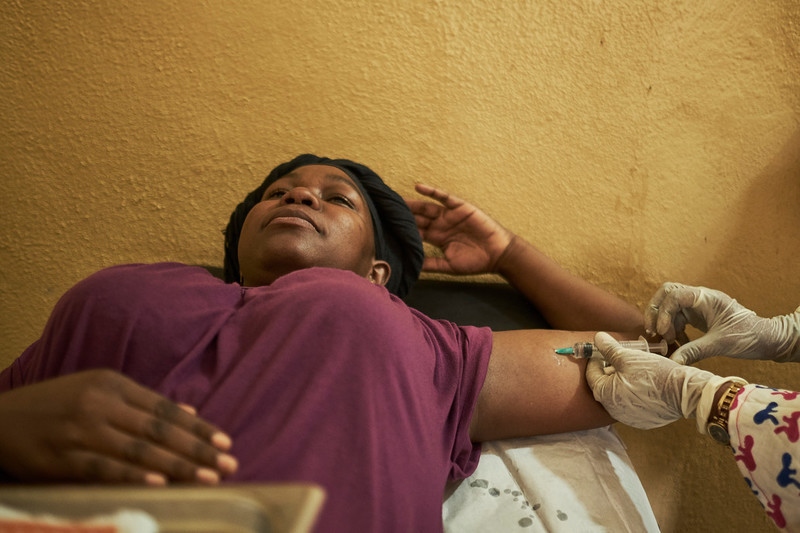 “After the arrival of SheDecides, we intensified our targeting of vulnerable groups with activities in the evening, when domestic workers and those working during the day could attend,” said Mariam Modibo Tandina, who heads the national committee of the Youth Action Movement in Mali. “That means that young people in precarious situations could learn more about safer sex and family planning. Now they know how to protect themselves against sexually transmitted infections and unwanted pregnancies.” 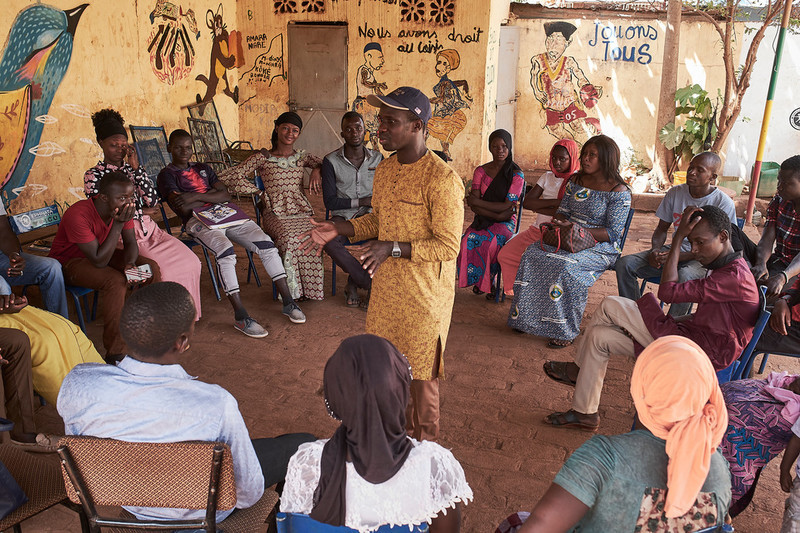 Speaking out against FGM

Fatoumata’s decision to join the Youth Action Movement was fueled by a personal loss. “My parents are educated, so me and my sisters were never cut. I learned about female genital mutilation at a conference I attended in 2016. I didn’t know that there were different types of severity and ways that girls could be cut. I hadn’t understood quite how dangerous this practice is. Two years ago, I lost my friend Aïssata. She got married young, at 17. She struggled to conceive until she was 23. The day she gave birth, there were complications and she died. The doctors said that the excision was botched and that’s what killed her. From that day on, I decided I needed to teach all the girls in my community about how harmful this practice is for their health. I was so horrified by the way she died.” 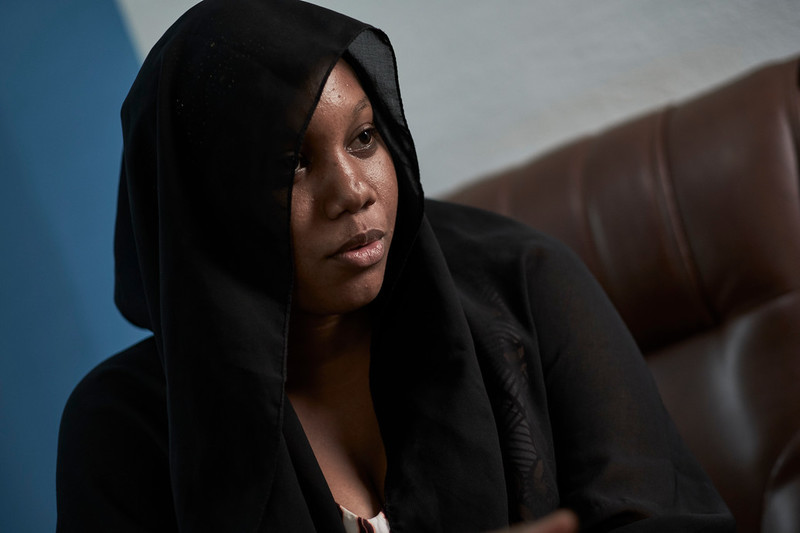 Using dance and comedy to talk about sex

Abdoulaye’s moves are not just for fun. He is head of the dance troupe of the AMPPF’s Youth Action Movement, which uses dance and comedy sketches to talk about sex.

It’s a canny way to deliver messages about everything from using condoms to taking counterfeit antibiotics, to an audience who are often confused and ashamed about such topics. “We distract them with dance and humour and then we transmit those important messages about sex without offending them,” explained Abdoulaye. “We show them that it’s not to insult them or show them up, but just to explain how these things happen.” 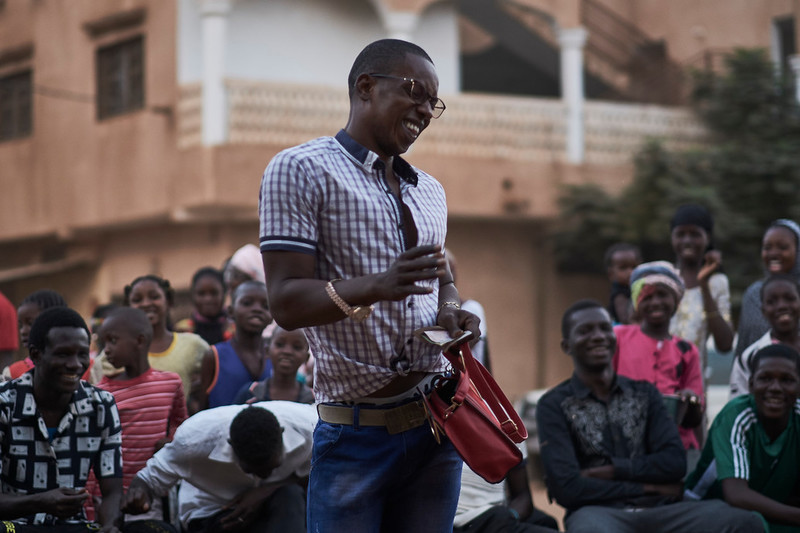 Sitting at a wooden school desk at 22, Sonogo is older than most of her classmates, but she shrugs off the looks and comments. She has fought hard to be here. “I wanted to go to high school but I needed to pass some exams to get here. In the end, it took me three years,” she said.

At the start of her final year of collège, or middle school, Sonogo got pregnant. She went back to school in the autumn, 18 months after Fatoumata’s birth and with more determination than ever. At the end of the academic year, it paid off. “I did it. I passed my exams and now I am in high school,” Sonogo said, smiling and relaxing her shoulders. She is guided by visits from the AMPPF youth volunteers and shares her own story with classmates who she sees at risk of an unwanted pregnancy. 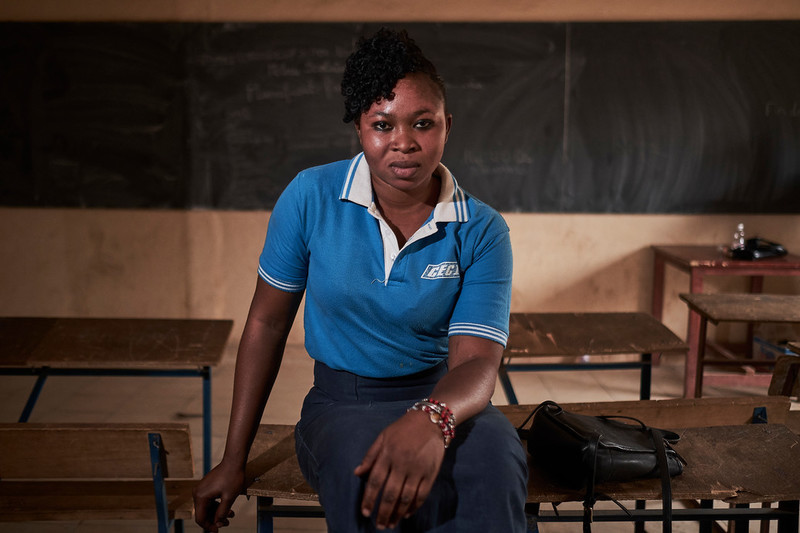 “I work at a mobile clinic. It’s important for accessibility, so that the women living in poorly serviced areas can access sexual and reproductive health services, and reliable information.

I like what I do. I like helping people, especially the young ones. They know I am always on call to help them, and even if I don’t know the answer at that moment, I will find out. I like everything about my work. Actually, it’s not just work for me, and I became a midwife for that reason. I’ve always been an educator on these issues in my community.” 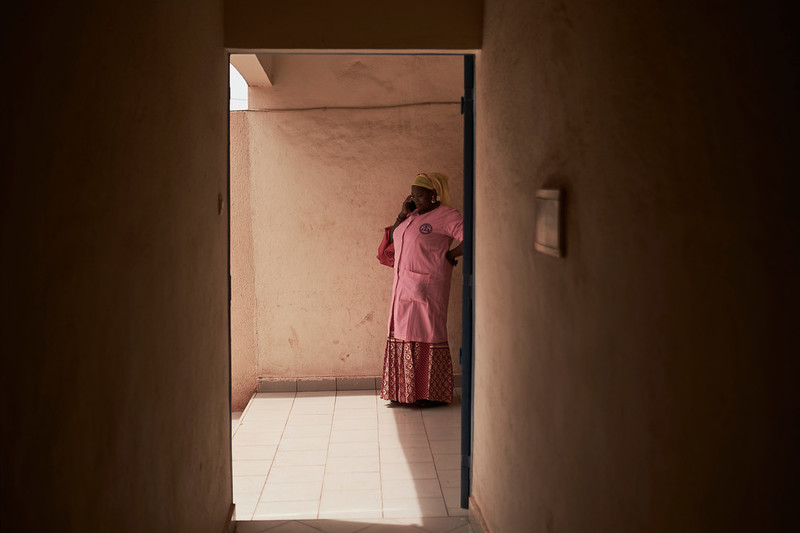 Adama Samaké, chief of the Missala Health Center, oversees the proceedings as a village elder with deep trust from his community. When the mobile clinic isn’t around, his center offers maternity services and treats the many cases of malaria that are diagnosed in the community. “Given the distance between here and Bamako, most of the villagers around here rely on us for treatment,” he said. “But when we announce that the mobile clinic is coming, the women make sure they are here.” 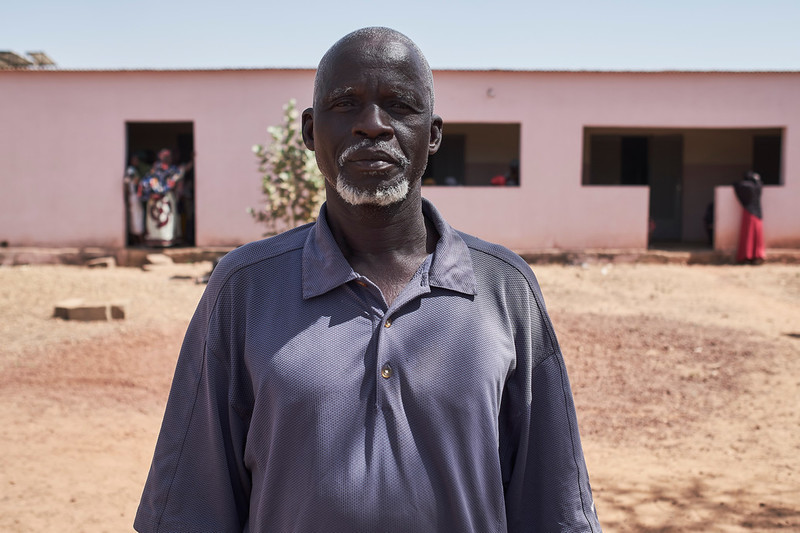 Kadidiatou Sogoba, a mother of seven, waited nervously for her turn. “I came today because I keep getting ill and I have felt very weak, just not myself, since I had a Caesarean section three years ago. I lost a lot of blood,” she said. “I have been very afraid since the birth of my last child. We have been using condoms and we were getting a bit tired of them, so I am looking for another longer-term type of contraception.”

After emerging half an hour later, Sogoba clutched a packet of the contraceptive pill, and said next time she would go for a cervical screening. 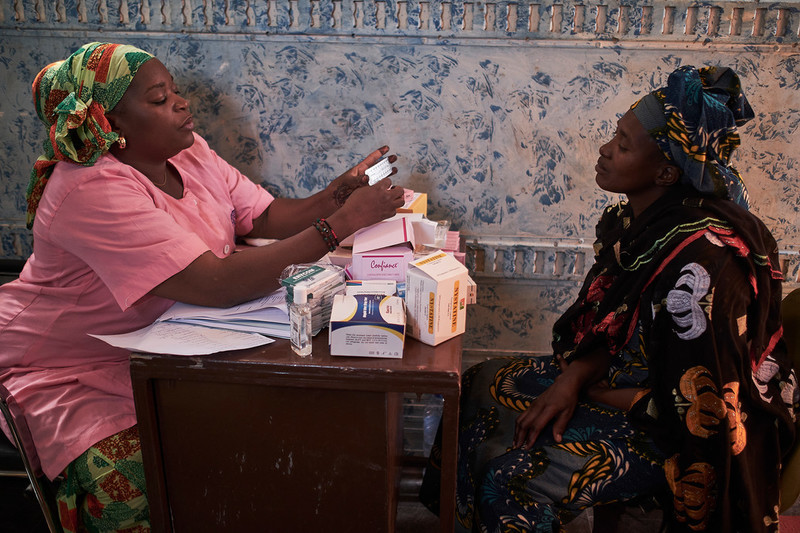