Inspiring young people like 20-year-old Indri play a crucial role in our crisis response with the Indonesian Planned Parenthood Association in Palu.

“When the earthquake struck, I was one of the victims. I saw a lot of people in distress, and even a corpse. So, I immediately thought, what kind of person am I? I still have hands, have legs, I still have everything, why not help others?

I realized that I have given the chance to live to help others. I know what HIV/AIDS is like. I have seen what happens regarding HIV/AIDS, I know its process. I am the same human as you. You and me, are the same. That’s why I’m a youth volunteer.”

“In the youth club, we learn how to protect ourselves. They also ask our parents to talk to us so that they can help protect us too.  When you are older and you have a  boyfriend,  you should use contraception. I want to finish my studies and have a boyfriend later.”

“It was exciting to be part of a big campaign. Young people are often seen as politically apathetic, but it’s important my generation are involved in the reproductive rights movement.

For me abortion is about motherhood at the end of the day. It’s about allowing us the right to be the best mothers we can be, if and only when we decide it’s right for us to be.”

The 25 May 2018 brought a legislative victory for the Yes Campaign to repeal the 8th amendment legalizing abortion care.

Joseph, 19, first came to BOFWA in 2017 when he and his boyfriend decided to start practicing safe sex. “I had put myself in risky situations so thought I should get tested for HIV,” he says. After learning he was HIV positive, Joseph tried out a few clinics to receive his treatment but found BOFWA to be the most confidential and friendly.

Sitting in the clinic behind the doctor’s desk, he says, “I never have any problems coming here. I feel comfortable here. At [the government clinic] there is no privacy; most of my friends are there. Sometimes if you go there you find them suspecting something, and everyone will be knowing your status. That’s why I prefer BOFWA.”

Artemisa is in her first year as an activist at the Aulona Centre.

“The Aulona Centre has high standards of friendly services for teenagers and youngsters, so you can feel safe and not prejudiced against. Confidentiality is very high here and the doctors are very qualified. In the young groups you feel like a community you can speak openly about your concerns.”

Artemisa hopes that by distributing information to women and girls, it is empowering them as well giving them an opportunity to fight for their own rights. “My greatest satisfaction as an activist is seeing them coming to the centre  for a [health] visit or for counselling, because this means that my work has paid off. Every girl and woman’s life counts.”

“They told me that there was a jam session at the event. What I liked is that it was run by young people. Everything that I know about reproductive health I learnt at the centre. A lot of young women I know got pregnant very early. I know people who have died because of unsafe abortion. We can avoid so much of it if people have the right information.”

At the Armando Emilio Guebuza secondary school in Maputo Amodefa has set up a sexual and reproductive health clinic to provide access to services including contraception. Known locally as the 'Tua Cena' project, the clinic aims to increase access to quality services and information on safe abortion, STIs and HIV, relationships.

“This is better than a hospital – it’s close, it’s private, I feel comfortable,” says Aida, a student.

27-year-old Hélène is a youth champion with the Young People’s Action Movement. She  acts as a link between young people’s activities and the ABPF board. Hélène  has advocated for abortion rights at conferences locally and internationally.

“In my school there were a fair  number of pregnant girls so I was already looking for a way to help. Every week I went to different classes to educate them about abortion and stigma. When my mother found out, she told me this was a movement of depravity! But after a while my mum became a member of the association and came with me, and even my dad. Now they say they are proud of what I’ve achieved.”

“After I was diagnosed as HIV positive, slowly all the people in the area found out about my status and there was so much discrimination. My friends at school didn’t want to sit with me and they humiliated and bullied me,” says Milan.

Today, twenty-one-year-old Milan lives a busy and fulfilling life, juggling his university studies, his work as a community home-based care mobilizer for FPAN and a burgeoning music career.

Family Health Options Kenya’s youth volunteers run storytelling sessions within their local community. These open and informative sessions provide a safe space where young people are free to share their experiences and ask questions related to their sexual health and wellbeing. 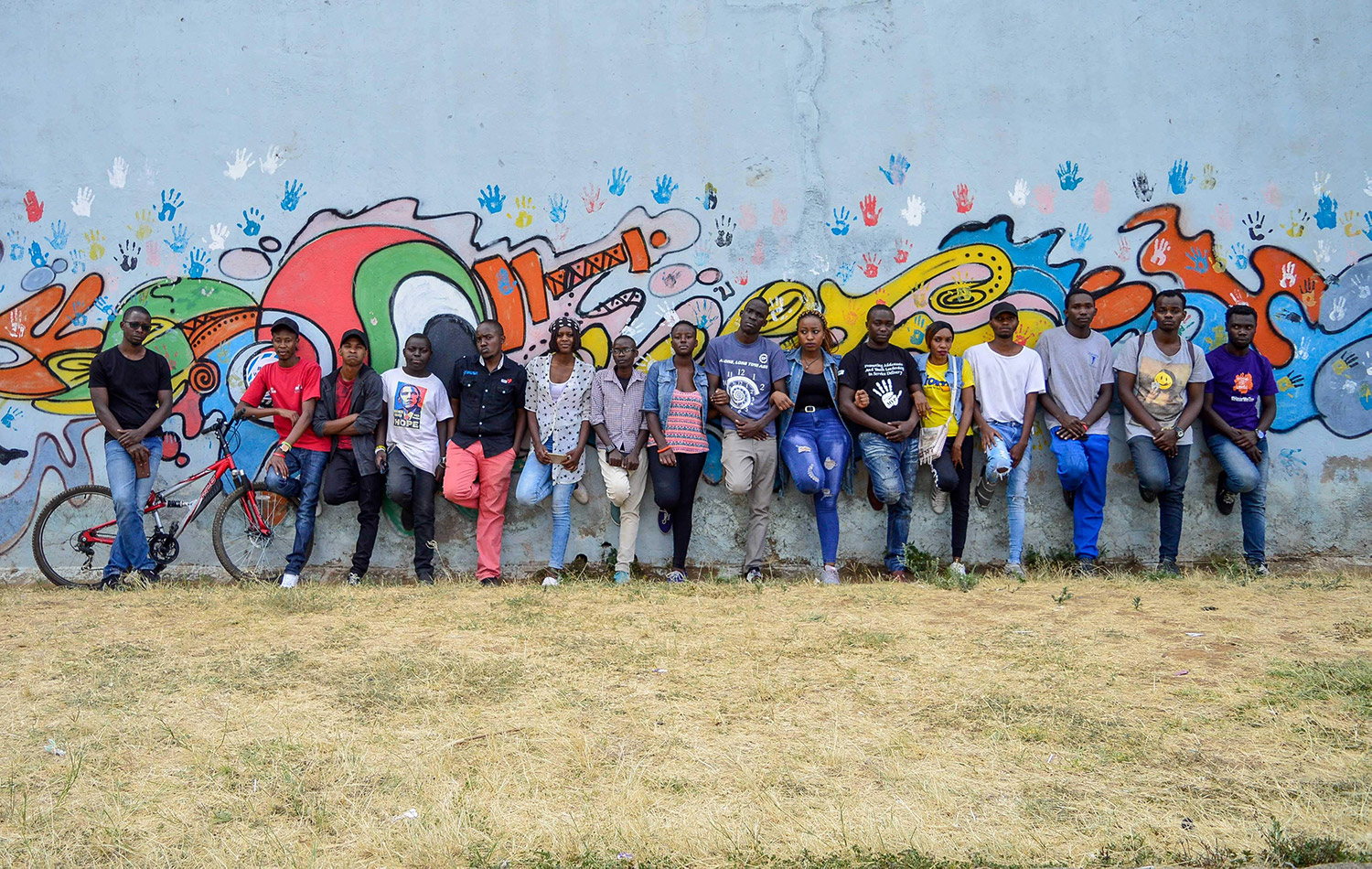 Rachel, 21, a student, has seen the consequences of this at university: “I’ve been struck by the number of friends who knew nothing about contraception or consent. Some of my friends had been sexually assaulted at university but didn’t report it as they didn’t think they would be believed. People just don’t understand the concept of consent. It’s not just about saying ‘no’, consent is an enthusiastic ‘yes’.”

Youth activists attending part in the rallies outside the Argentine Senate on August 8, 2018, when they debated then voted on a bill to legalize abortion.

Across the globe thousands of youth activists continue to fight for the right to a free reproductive life so that women, couples and families can lead safe and dignified lives.