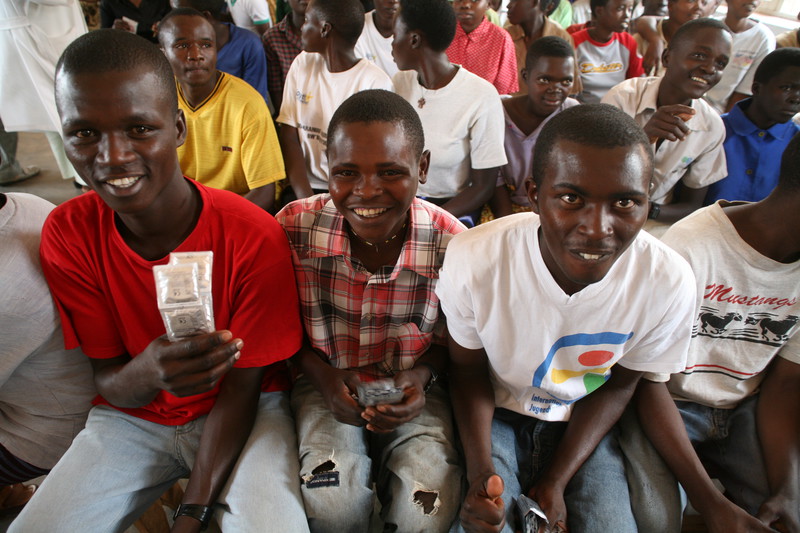 by Jon Hopkins, IPPF Senior HIV Officer Whilst at the 2016 International AIDS Conference –held in Durban from 18-22nd July 2016 – I heard repeatedly that whilst huge progress has been made in address...

Whilst at the 2016 International AIDS Conference –held in Durban from 18-22nd July 2016 – I heard repeatedly that whilst huge progress has been made in addressing HIV since the last AIDS Conference in Durban in 2000 – one of the areas that needs urgent attention is stopping new HIV infections among adolescent girls.

Every week over 1000 young women aged 15-24 acquire HIV, two-thirds of them live in sub-Saharan Africa. This is both due to a lack of knowledge about sexual health and gender inequalities, including gender-based violence, that exacerbate young women’s vulnerability to HIV and blocking their access to HIV services.

The standard response in addressing the high level of HIV acquisition among young women is typically to position men as “the problem”. Men are seen as the cause of HIV among young girls – they are promiscuous, they refuse to use condoms, they are the perpetrators of violence and so on.

The response therefore is to focus on empowering women and enhancing their abilities to protect themselves, with less attention devoted to engaging men to curb their own HIV risk, to reduce the risk their behaviours may pose to others and to access services that can protect their health and lives. This not only reinforces the assumption that HIV prevention falls within the domain of women’s lives and “duties”, it also risks estranging men who might otherwise be open to becoming more engaged in their own and their partners’ health.

The latest HIV data from UNAIDS show that a man is less likely than a woman to take an HIV test, and to seek, use and adhere to HIV treatment. When men living with HIV are ignorant of their HIV-positive status, it lengthens the time that they put their sexual partners at risk of HIV infection. It also delays their own treatment and care, and puts their lives at risk. In sub-Saharan Africa, where men 40% of people living with HIV were men, they accounted for 54% of all deaths.

These data are shocking – but what does this have to do with adolescent girls and young women?

Africa Centre survey data from South Africa describes a cycle of HIV transmission. In the populations studied, women in their teens and early 20s tended to acquire HIV from men older than 25 years, many of who were recently infected and had high viral loads. Once those young women reached and passed their mid-20s, some transmitted HIV to their male peers, some of who then continued the cycle of transmission to younger women and adolescent girls. Data from Swaziland shows a very similar pattern with young women (aged 16-23) acquiring HIV from a man an average of eight years older.

Protecting women in their teens and early 20s from acquiring HIV therefore also requires preventing HIV acquisition in men who are in their mid-20s and older – and vice versa. This requires an inclusive approach which reduces HIV risk for everyone. But what does this inclusive approach look like?

At the AIDS Conference, a Platform for Action – developed following a High Level Consultation convened by UNAIDS, Sonke Gender Justice and IPPF – was launched, which highlight four key actions which are required in order to overcome the “blind spot” to men which exists in the current HIV response.

First is the need to better understand what is happening by generating and using disaggregated data on men’s access to and use of HIV-related services and solid analysis and use of this data at the local level for decision making.

Second is realising that existing HIV services are not sufficiently reaching men and men are not engaging with the available HIV services – especially in sub-Saharan Africa. When men do not have access to services, this is harmful to them, harmful to their partners and harmful to their families. Therefore it is critical that policies include more focus on reaching men and adolescent boys with innovative service delivery methods in workplaces, places of worship, sports gatherings and other community venues. Crucially, any efforts to improve health service access for men and boys should not come at the expense of women and girls’ access and rights.

Thirdly, practical improvements in the design and delivery of services need to occur against a backdrop of efforts to challenge gender privileges that accrue to men and boys. Rather than seeing men purely as the problem, they should be constructively engaged as “agents of change” whilst changing the negative powerful notions of “manhood” and masculinity to positive ones that encourage health seeking behaviour, increasing men’s role as a supportive partner, and addressing the underlying factors that lead men to be violent towards their partner.

Therefore, to prevent HIV in young women, we need to transform HIV programmes to make men part of the solution, not just part of the problem.