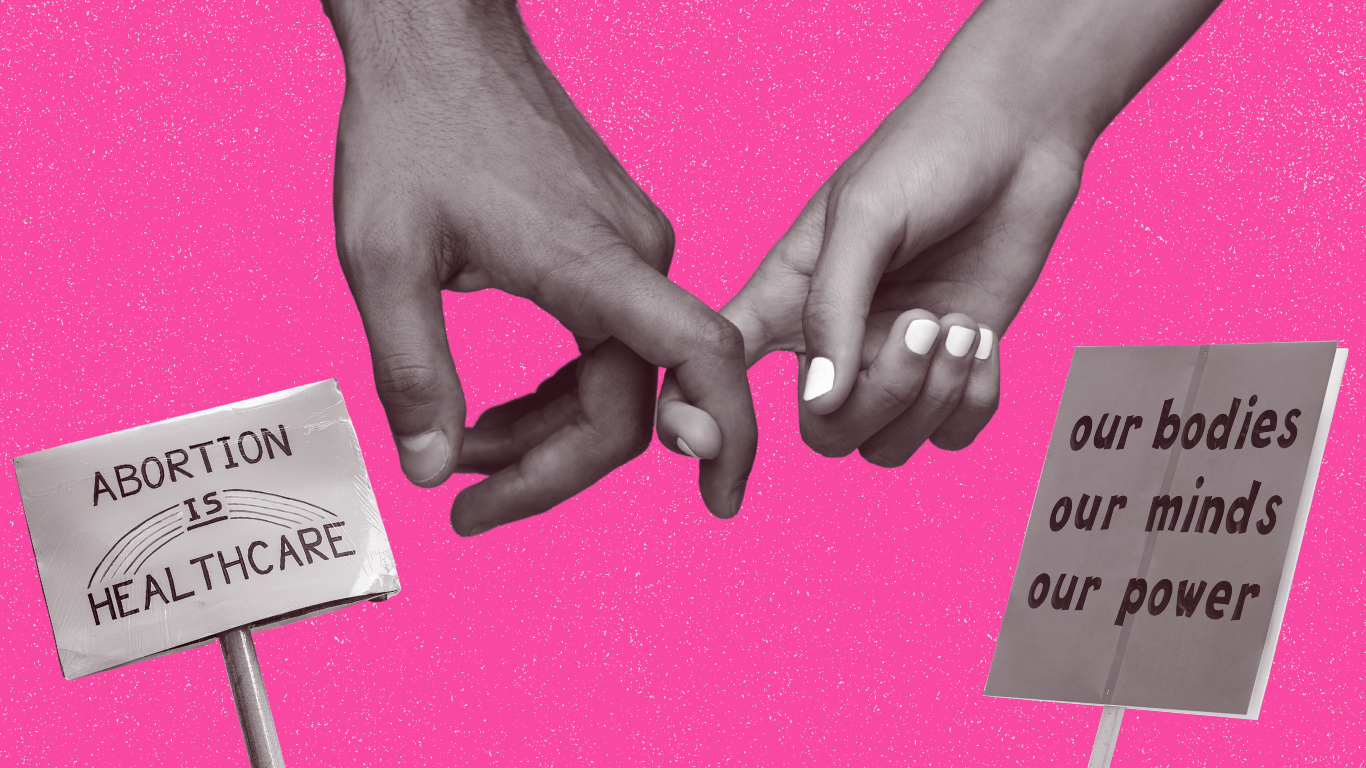 Abortion is discussed in the media as a political issue, but we hear less from people who have actually had abortions and how it is linked to sexuality and desire.

Abortions happen all around the world, every day. In fact, 61% of all unintended pregnancies end in abortion so, this is a common experience affecting many people in our lives.

Abortion is discussed in the media as a political issue, but we hear less from people who have actually had abortions. And even more rare is a discussion of how abortion is linked to sexuality and desire.

For example, how does a lack of access to safe abortion options affect a person’s sexual freedoms? How does having an abortion impact someone’s relationship to their own sexuality and sexual pleasure?

We seem to forget that abortion is intrinsically linked to sex.

I’ve worked in the global ‘sexual and reproductive health and rights’ sector for some years now, and it’s striking to me how often issues like pregnancy and HIV get talked about as if they have zero connection to real people’s sex lives.

Discussions about ‘unmet need for contraception’ and ‘pregnancy outcomes’ seem divorced from the reality that this all leads back to actual sexual activity. And even more rare is an acknowledgement that a key driver for sexual activity is pleasure!

No surprise, the anti-abortion movement is against sexual pleasure and bodily autonomy.

The global anti-abortion movement has spent millions of dollars trying to persuade us (and the politicians who make the laws) that abortion is morally wrong, dangerous, and the sign of a society which has lost its way.

Feminist scholars have argued that for opponents of abortion, “abortion is problematic because it represents non-reproductive sexuality, including sexuality for the purposes of pleasure.”

When people object to safe, legal abortion care being available, they often seem to be objecting to the right to enjoy sex free from ‘consequences'. Certainly, if you read the comments under an article on abortion you will usually see something along the lines of “well she should have kept her legs shut.”

Unplanned pregnancy, and in turn, abortion, is seen as a punishment for having sex in the first place.

In a powerful essay about her abortions, Egyptian feminist Mona Eltahawy speaks about the stigma and fear which made her keep them a secret for so long, and how important it felt to break through this:

“I am glad I had my abortions. They gave me the freedom to live the life I have chosen...I am from a country with the greatest number of women and girls in the world whose genitals have been cut in the name of controlling female sexuality. And so, f---ing is personal and political and its consequences especially so.”

Of course, not all abortions occur because of consensual, or even pleasurable sex. Around the world, women and trans and non-binary people are subjected to sexual violence, which can result in pregnancy.

Risk impacts our ability to enjoy sex. Fear of sexual violence, sexually transmitted infections, but also unwanted pregnancies can loom large. For those who live somewhere where abortion is not safely available, affordable, or comes with the threat of imprisonment, it’s very likely that a consideration of these risks could impact and limit their sex life – the partners they choose and the activities they engage in.

What would our sexual lives look like if we achieved reproductive justice? Where lack of access to contraception and safe abortion, as well as parenting support, does not curtail the possibilities of our sexual freedoms? How can we work towards a world where sex is not just consensual but pleasurable and fulfilling for all involved?

What would it look like to reimagine abortion care, and the community support that goes with it, as a site of potential pleasure?

Of course, abortion itself is unlikely to be ‘pleasurable’. This is a medical intervention which can cause physical pain, and for some, complicated emotional responses tied to their desire for parenthood, their relationships, and so on.

But abortion can be a positive choice for many. A way to centre their own needs and desires and act from a position of love and care for their families and partners.

The Safe Abortion Action Fund (SAAF) grantee partner Fondo Maria recently celebrated 13 years of supporting people in Mexico to access safe abortions. In this blogpost they point out the potential for abortion to be ‘the reaffirmation of (someone’s) decisions and plans. The possibility of saying "I am satisfied with my life and I don't want it to change".

There is power in claiming our right to live happy and fulfilling lives. To claiming sex which is not just free from risk or pain, but which is fun, pleasurable, exciting and expansive. We have a right to sexual freedom and bodily autonomy, and access to free, safe, legal, non-judgmental abortion care is an essential part of this.

SAAF has recently endorsed the ‘Pleasure Principles’ as we believe work on abortion should be done with a sex-positive and pleasure focused lens.

Find out more at The Pleasure Project.

I am glad I had my abortions ... They gave me the freedom to live the life I have chosen