Albertina Machaieie has been working with HIV patients for Amodefa for 38 years and is their longest serving nurse. “I’m going to work forever,” she says. “I like helping people, that’s why I do this job.” Albertina heads up Amodefa’s home care programme which provides medical, nutritional and emotional support to HIV positive patients living in the poorest suburbs of Maputo, the capital of Mozambique.

She has seen a dramatic change in attitudes to HIV in the 19 years she has been running the service. In the past she had to hide her car and would visit her patients anonymously. “People feared HIV so they feared me coming to them,” she says.Now people welcome her into the community as a friend and will direct new patients to her. “They call us ‘Muhanyisse’”, which means saviour in the local language Shangaan, she says. Albertina and another nurse work with a large team of volunteers, or ‘activistas’, most of whom are also HIV positive.

As well as delivering medication and food to patients and performing health examinations, an important part of Amodefa’s work is continuing to change attitudes towards HIV.

“The homecare project encompasses everything,” she says. “It’s not just treatment for illness, we also work with the mind – people need to change their mindset.”

She and the activistas give lectures in the community to raise awareness of HIV, and also offer counselling to patients, many of whom find it difficult to accept their HIV positive status. “Husbands and wives stop understanding each other when one is living in denial of HIV,” says Albertina. “They blame the illness on witchcraft.” In other cases, those carrying the virus are scared to tell their families for fear of being rejected. “There are many stories of family members, particularly of wives, who have found they are HIV positive and partners have threatened to leave,” she says. “But when Amodefa has stepped in and advocated, the husband has stayed.” 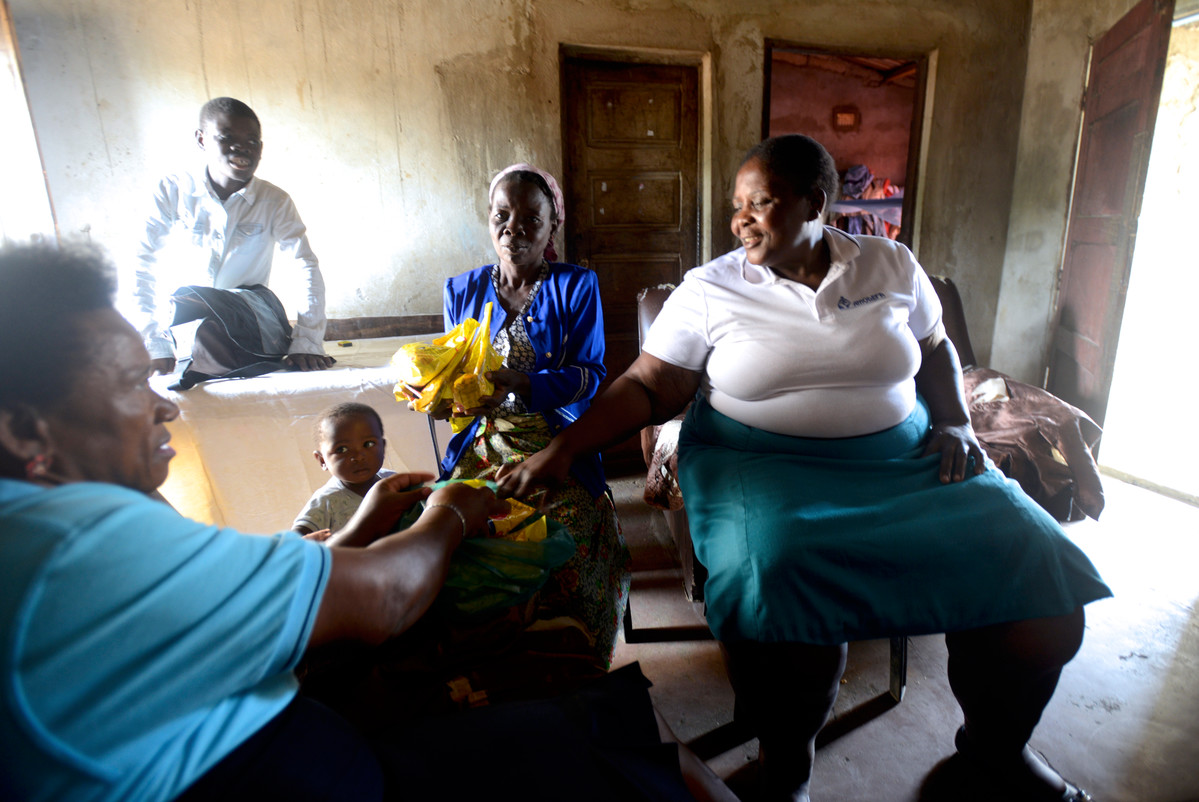 This holistic approach to its homecare has been so effective that medical and psychology students have come from Brazil, the US and Mexico to Mozambique to study the programme and to learn from Albertina’s experience. “I am the library for Amodefa,” she jokes. Over the course of her career Albertina has worked with many challenging cases – particularly men. “Women are more open to treatment because they want to get better so they can care for their children,” she says, “but men often won’t seek help until their health has severely deteriorated.”

She recalls one case where a woman tested positive for HIV while she was pregnant. She told her husband to get tested but he refused, and he also prevented his wife from taking any treatment. As a result her baby was born HIV positive - as were her second and third born. “With her last child she started taking the treatment without her husband’s knowledge and the baby was born without HIV,” says Albertina. “This man now says, ‘People, you need to be open – I have three positive children and it is my fault because I would not accept the truth.’”

“Children who are HIV positive and don’t know often abandon their medication because they are tired of taking the drugs,” says Albertina. “Ntyiso teaches the importance of taking the medicine. When they are aware of their status, they start taking the medicine normally.” Albertina worked with ten families during the pilot phase of the programme. “Already I have seen great changes in the children, it shows why this project of revelation is so important.”