Seventeen-year-old student Jumeya Mohammed Amin started educating other people about sexual and reproductive health when she was 14 years old. She trained as a ‘change agent’ for her community through the Family Guidance Association of Ethiopia’s south west office in Jimma, the capital of Oromia region. Amin comes from a small, conservative town about 20km outside the city.

"I wanted to protect girls from violence – like early marriage – and I wanted to change people’s wrong perceptions about sex and sexuality, because they [men in her community] start having sex with girls at a young age, even with girls as young as nine years old, because of a lack of education."

"Before I started this training I saw the majority of students having sex early and getting pregnant because of a lack of information, and they would have to leave home and school. Boys would be disciplined and if they were seen doing things on campus, expelled.

Girls younger than me at the time were married. The youngest was only nine. They would have to go back home and could not play anymore or go to school. They suddenly had to act like grown-up women, like old ladies. They never go back to school after marriage.

My teacher chose me for this training and told me about the programme. I like the truth so I was not afraid. I heard about a lot of problems out there during my training and I told myself I had to be strong and go and fight this." 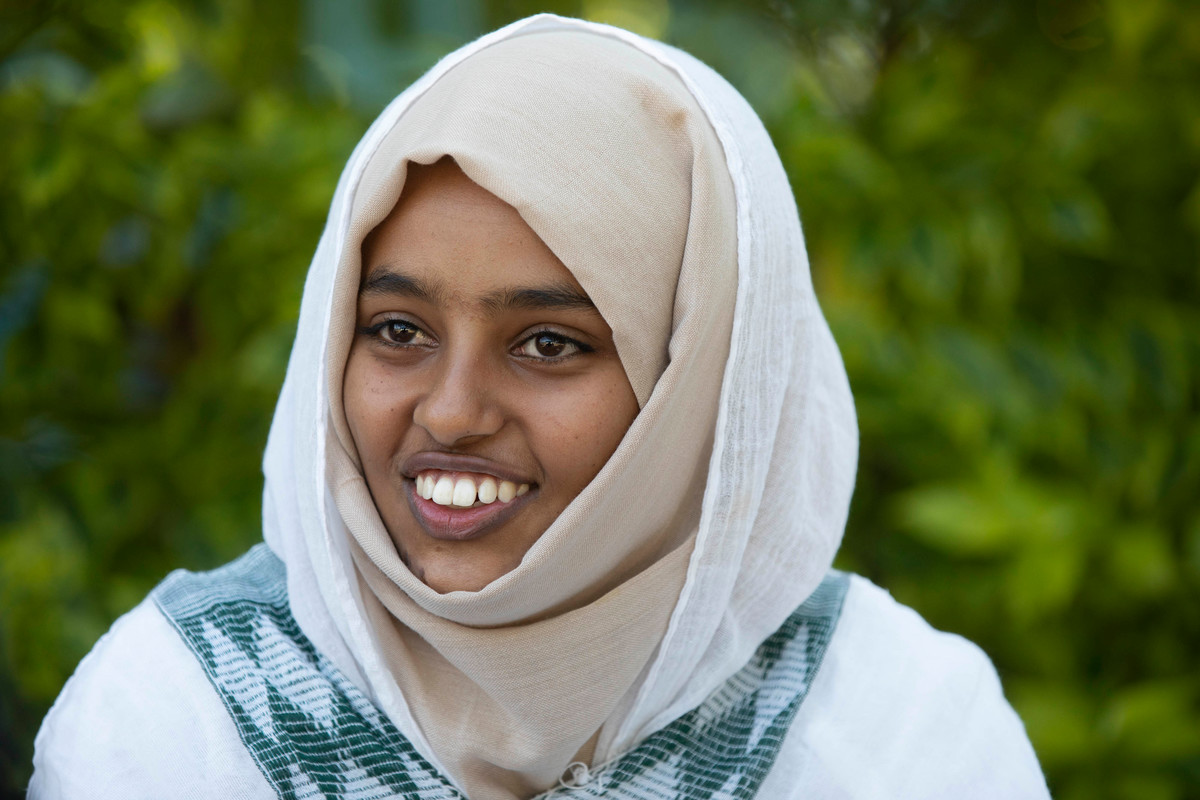 "I have a brother and four sisters and I practiced my training on my family first. They were so shocked by what I was saying they were silent. Even on the second day, they said nothing. On the third day, I told them I was going to teach people in schools this, so I asked them why they had stayed silent. They told me that because of cultural and religious issues, people would not accept these ideas and stories, but they gave me permission to go and do it.

Because of my efforts, people in my school have not started having sex early and the girls get free sanitary pads through the clubs so they no longer need to stay home during periods."

Training hundreds of her peers

"I know people in my community who have unplanned pregnancies consult traditional healers [for abortions] and take drugs and they suffer. I know one girl from 10th grade who was 15 years old and died from this in 2017. The healers sometimes use tree leaves in their concoctions.

We tell them where they can go and get different [safe abortion] services.

The first round of trainings I did was with 400 students over four months and eight sessions in 2017. Last year, I trained 600 people and this year in the first trimester of school I trained 400.

When students finish the course, they want to do it again, and when we forget we have a session, they come and remind me. At school, they call me a teacher. I’d like to be a doctor and this training has really made me want to do that more."