My name is Fatima, I am a midwife and have worked with PFPPA for 18 years in the Halhul clinic in Palestine.

PFPPA has had a great impact on me personally as well as the community as a whole. I experienced violence in my marriage but when I joined the organization I learned the meaning of violence and I realized that I didn’t have to put up with it and could make decisions for myself. This was a turning point in my life. My life changed 180 degrees, thank God, and my husband stopped being violent.

Since I have worked here, I have seen changes in society’s acceptance of sexual and reproductive health issues and I feel that more people are supporting us. They can be women, religious personalities or young volunteers. One of the proudest moments of my work has been working with a young man who was training to be a peer educator, he was violent, especially with his sister. From the very start of the training, he was against the issues that we were presenting, however, he started to understand our issues. I also met his mother and she thanked me for the change that happened in his life. She came to say that he is now helping in the house - washing dishes and doing other tasks that he would have thought were just for women before.

We have recently started implementing a harm reduction approach to abortion care. I remember one woman who was 44 years old and divorced. She came to the clinic and was seven weeks pregnant. Her face was pale and tired...I felt that all the problems were on her shoulders. She was looking for a saviour. We supported her with harm reduction information and afterwards provided information on post-abortion contraception. After one or two months she sent a message thanking me, saying that we had saved her life, I was really happy about that.

There are also cases of women that come here, maybe they took pills or they did something that made them bleed. They don’t tell you what they did but I can detect if I think an abortion happened. If it is an incomplete abortion, we explain how to take the treatment and we follow up with support. 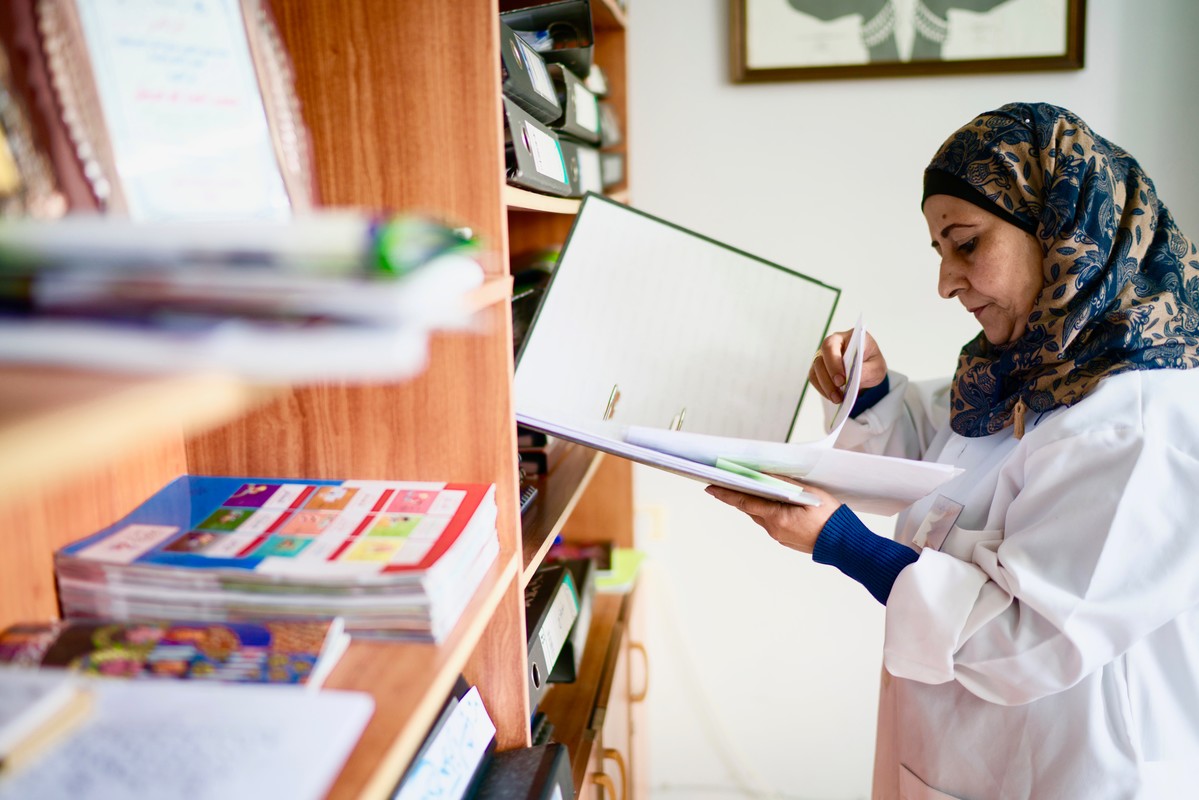 Women in our communities use many unsafe methods to try to end pregnancies. They drink special teas or chlorine. They jump off things or ask their children to jump on them. They sometimes put suppositories made from Arabic medicinal herbs into the cervix. Although it is common, deaths are not registered as linked to unsafe abortion but are probably registered as maternal deaths.

When the society says that abortion is haram (forbidden), they don’t take into consideration the issues and these women in need. Imagine if we had safe abortion services at the hospitals, we would not see these issues at all. There are women who would choose abortion for reasons like their age, their health, social issues and psychological issues. There are women themselves who say “I will die if I complete this pregnancy”. I am passionate about the work that I do. I advocate for these issues everywhere I go, on the bus, during weddings and with friends and family, wherever I go.

That is why the Safe Abortion Action Fund (SAAF) funded project is so important. I have learned a lot about advocacy and campaigning, how we manage legal advocacy and how to work with decision-makers. We have run events to mark International Safe Abortion Day with groups of women gathered here in the centre and with decision-makers and volunteers.