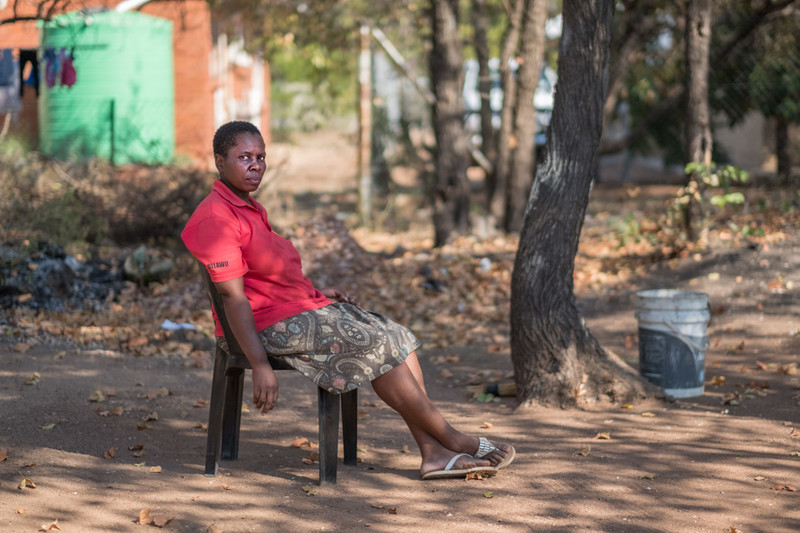 The Botswana Family Welfare Association (BOFWA) has been providing sexual and reproductive health care since 1988. Yet, since the Global Gag Rule was reintroduced in January 2017, this vital care and ...

The Botswana Family Welfare Association (BOFWA) has been providing sexual and reproductive health care through its eight clinics across Botswana since 1988. Health care includes HIV and STI tests and treatment, cervical screening, contraception, family planning advice and counselling. BOFAW is one of the few organizations to offer youth-friendly services and safe, accessible tailored care to vulnerable populations. With a population of approximately 2.3 million, the prevalence rate of HIV amongst Botswana’s population is 18.5%.

Although HIV treatment is freely available at government clinics across Botswana, individuals from vulnerable communities need tailored healthcare according to Una Ngwenya, head of the BOFWA. “While the government provides health services to all its citizens… good quality services does not necessarily translate into reaching everyone equitably. We have many sub-communities like female sex workers, men who have sex with men, and the LGBTI population more generally who often do not access health services due to stigma and discrimination. At BOFWA we are conscious, mindful, and sensitive to their specific needs,” she says.

Funded by USAID, the Linkages programme launched in 2016 enabling BOFWA to partner with organizations that support vulnerable and marginalized communities, like men who have sex with men and female sex workers. Individuals were linked to BOFWA clinics for HIV testing and treatment. HIV prevalence among these communities is particularly high (among female sex workers the prevalence rate is 61.9%, for example), yet treatment rates are low.

Through Linkages, hundreds of HIV positive individuals were able to access treatment. “Since working with BOFWA… people who tested positive got linked into care and we were able to retain them. From the 90 clients we targeted in September 2017, we managed to get 93% of them on treatment and virally suppressed. That’s how much BOFWA helped us,” says Kamogelo Maribe, 26, who works at the Nkaikela Youth Group in Gaborone, which supports female sex workers.

Since the Global Gag Rule was reintroduced in January 2017, the Linkages programme has been forced to end. This vital care and support for local communities can no longer continue.

The loss of USAID funding has forced the BOFWA clinic in Selebi Phikwe, a small mining town, to close. One of the many women affected is 44-year-old Gabatswane. When she lost her husband, and with few employment opportunities, Gabatswane was forced to turn to sex work to provide for her three children. When she contracted HIV she used to go to the BOFWA clinic for treatment. “I enjoyed the confidentiality that they had there, compared to the government [clinic] where everyone knows everything. It was comfortable talking to the BOFWA providers,” she says.

Gabatswane is concerned about visiting the government clinic for treatment where she fears she will face stigma and discrimination for being HIV positive. “I’m scared [to go there] because now the community might know my status. At the government clinic you get ARVs in a separate space from everything else, but at BOFWA I used to go, and no one could identify me,” she says.

Gabatswane now works at the local council. However, she worries about having to take hours or days out of work each month for treatment might mean she loses her job. “It’s a situation of hopelessness,” she says. The government clinic is also very busy, as after the mine closed HIV positive workers were transferred from the mine clinic to the government clinic, putting a strain on staff there. Gabatswane says it can take a long time to get treatment now: “Sometimes you get [to the government clinic] around 8am and you don’t leave until 2 in the afternoon. It means you have to wake up very early to access that service.”

400 kilometres north, in the city of Francistown, BOFWA is the only NGO providing youth and marginalised-community-friendly health care. Here, BOFWA had been partnering with Legabibo, an LGBTI organization, and Matshelo Community Development Association (MCDA), which supports sex workers, to provide HIV testing and treatment. The HIV prevalence in this region is above the national average at 23.3%.

BOFWA has been an important place for local sex workers to seek healthcare, many say they can’t get the same type of treatment and care at other clinics. Fear of treatment not being confidential at government clinics is a major barrier to receiving healthcare for many sex workers. They wish that more services were available to them, including Pre Exposure Prophylaxis – a HIV treatment for those that are HIV negative but at risk of contracting the disease.

Naima Mutukwa, 31, is a peer outreach worker for Legabibo. Since the Linkages programme ended he has had to transfer his HIV positive peers from BOFWA to a new clinic and worries some of them will not continue treatment. “I told them in 3 months you must be treated again but that we can’t go to BOFWA, and they said they don’t like the new place. So now they’re just not getting treatment, they refuse to get tested or treated with the government,” he says.