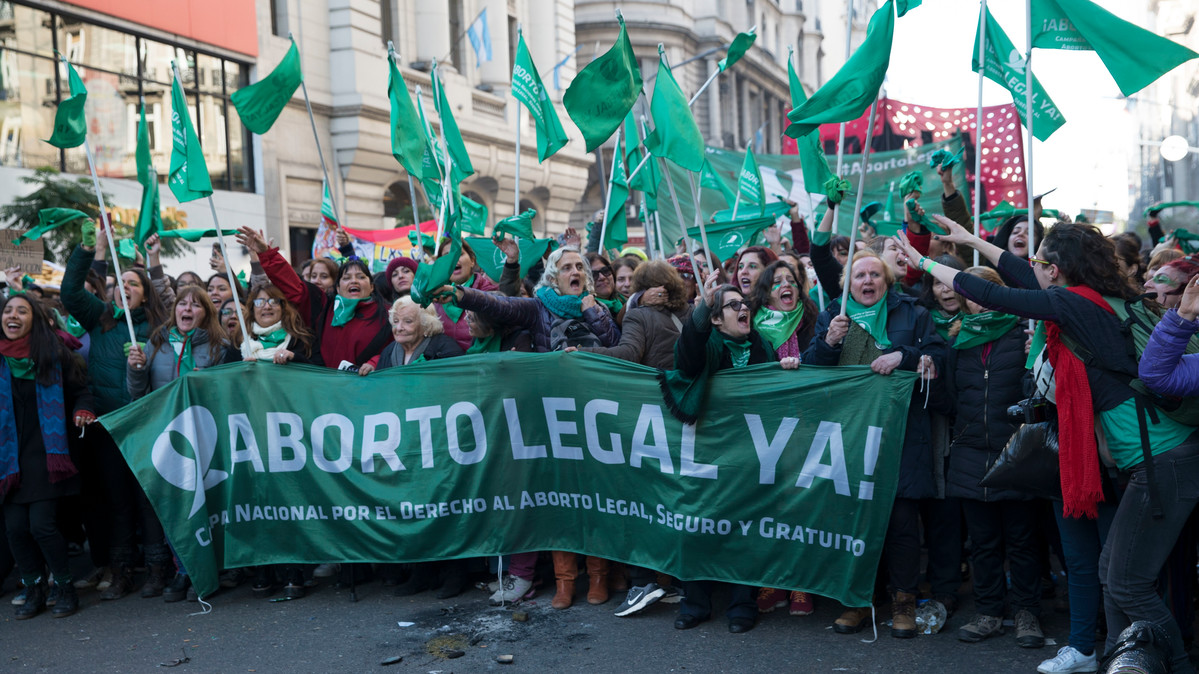 The Argentinian Senate voted narrowly against a bill that would have legalized abortion up to 14 weeks. The vote tally was 31 in favour, 38 against, 2 abstentions, and 1 absence.

The Argentinian Senate voted narrowly against a bill that would have legalized abortion up to 14 weeks. The vote tally was 31 in favour, 38 against, 2 abstentions, and 1 absence.

"Today, the Argentinian Senate failed women by voting to maintain a status quo that leads to anguish, forced pregnancy, and preventable death. This compassionless vote denies women’s lived experiences, evidence-based public health policies and international agreements. While the senate has demonstrated that they are out of touch, women will not retreat. Tens of thousands of women organized, mobilized, and took to the streets to support this bill, and their courage have inspired activists across Latin America to share their stories and take on the stigma that too often keeps abortion care out of public discourse. We stand firmly and in solidarity with all women until forced pregnancies become a thing of the past—until all women are treated as equals.”

While current law in Argentina technically permits a woman access to abortion services when her life is in danger, or when the pregnancy is the result of rape, the true issue is one of accessibility: Women with fewer economic and social resources have less access to care than upper-class women in urban centers.

“Poor women bear the brunt of these restrictive laws and will continue to pay with their health and lives until abortion is decriminalized and becomes an integral part of sexual and reproductive health care. IPPF congratulates our partners, civil society and all the activists who fought so valiantly for women’s rights. We will continue working closely with our partners and allies in Argentina in the fight for sexual and reproductive rights for all. ”