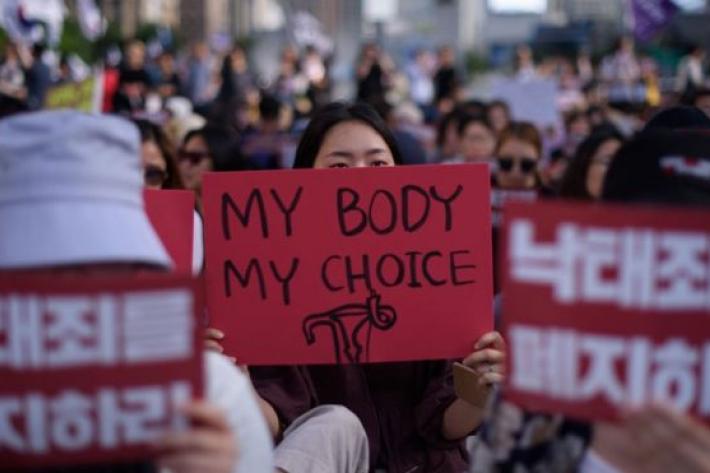 The International Planned Parenthood Federation welcomes the news of the removal of abortion care from South Korea’s Criminal Code effective from 1 January 2021. This means those seeking abortion care...

The International Planned Parenthood Federation welcomes the news of the removal of abortion care from South Korea’s Criminal Code effective from 1 January 2021. This means those seeking abortion care will no longer face legal barriers in accessing care. Abortion in South Korea was illegal in most circumstances from 1953 to 2020.

On April 11, 2019, the Constitutional Court ruled the abortion ban unconstitutional and ordered the law's revision by the end of 2020. Revisions to the law were proposed in October 2020, but not voted on by the deadline of 31 December 2020.

The Ministry of Health and Welfare announced that they will consider expanding coverage of health insurance to include abortion care and the approval of mifepristone (used in medical abortion).

“Abortion care is a human right, and those rights are now being realized in countries with some of the strictest abortion laws. The decision to remove abortion from South Korea’s criminal code is a step in the right direction for women’s rights, but we also know there is much work to do.

‘Conscientious objection’ cannot be allowed to limit access to abortion care. IPPF and its Member Associations will continue to fight for safe and legal abortion care for those who need it.”

“I am pleased that we reached here today [repeal of the criminal provision on abortion] as a result of many years of efforts led by Korean women.

"With these changes, law amendments and services are urgently needed, including expanding Universal Health Coverage (UHC), to ensure equal access to reproductive healthcare for all women. We [KoPHWA) shall continue to deliver accurate and rights-based information and counselling on safe abortion care appropriate to the Korean women context, and contribute to the fulfilment of universal access to sexual and reproductive health for all women worldwide.”