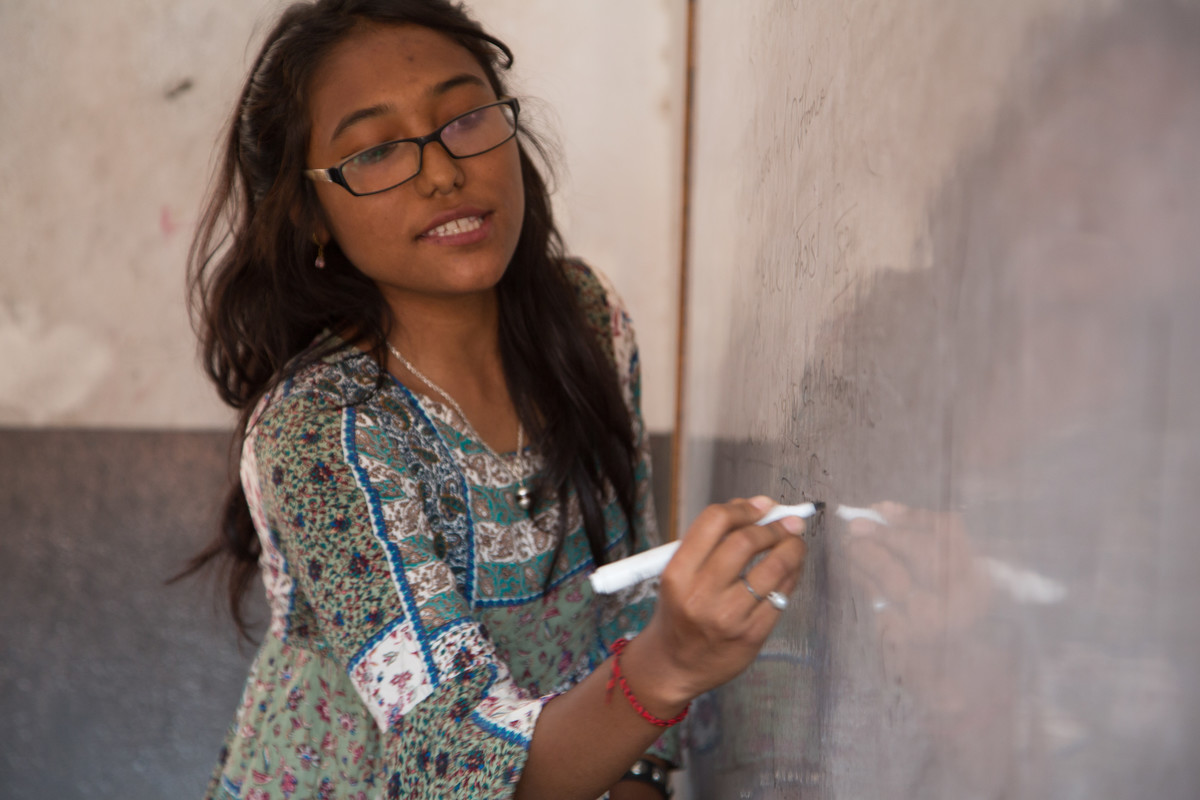 Youth volunteers are leading the the fight for comprehensive sexuality education in schools.

Through an open window in a large red brick school at the eastern gate of the ancient city of Bhaktapur, a short drive from Kathmandu, the voices of children can be heard. They are deep in conversation with the young woman running the class, their fast Nepali broken by the occasional English phrase: “sexual rights … family planning … contraception.”

Every Friday, this group of young teenagers meet for a ‘comprehensive sexuality education’ (CSE) class – a space where youngsters come together to talk about adolescence, menstruation, safe sex, HIV and family planning.

In a deeply conservative and patriarchal culture like Nepal’s, these classes are often the only place where children can talk about these issues openly with an adult.

But until very recently, no such classes existed: the fact that they are taught at all is partly down to the efforts of FPAN, which lobbied the government hard to get CSE on the curriculum.

Unlike many family planning organisations, FPAN doesn’t overlook the group of people who will shape Nepal in years to come: its young people. Young people are at the heart of its efforts to spread awareness and knowledge about family planning – both by getting into schools and out into communities to talk to young people, and employing youth volunteers to run these activities. 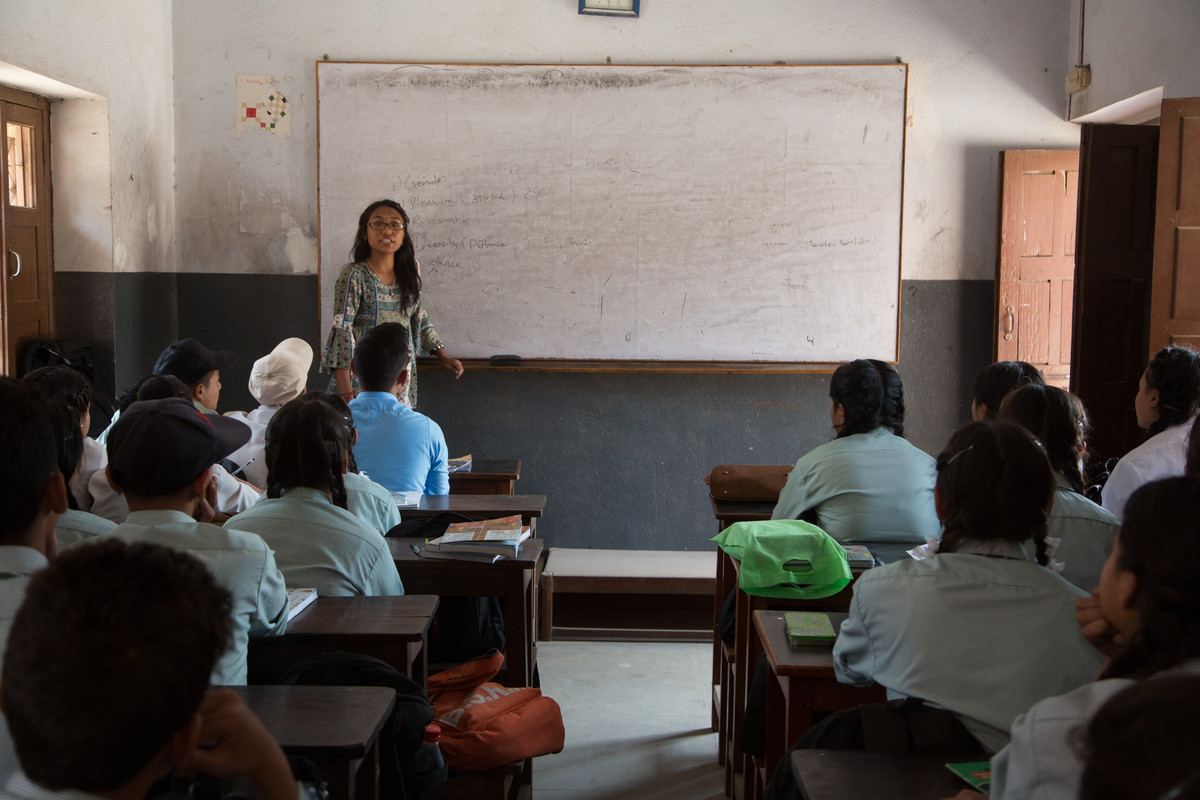 The discussion today is chaired by Sumi Kharbuja, a 20-year-old volunteer for FPAN. “When I flash back to my days as a schoolgirl, I was not getting any of this kind of information,” Sumi says. “It’s very important for young people to know about these issues.”

“We learn about changes in adolescence  – changes in height, age, weight, physical and mental changes,” explains 14-year-old Misma Koraila, a pupil at Polestar Institute Secondary English Boarding School in Palpa, western Nepal. “We learn about the sensible age to get married … and that it is important to be responsible parents.”

Classes are run by youth volunteers – the idea being that they are closer to school children in age and experience, and so more able to empathise and connect with their experience. The volunteers are trained to have honest, open discussions with young people about processes like menstruation and sex – issues that are often shrouded in secrecy and damaging misconceptions.

“The main challenge is to break the ice … to break the barriers that society has [imposed],” says FPAN volunteer Jayshree Sharma. “Generally people understand sex as physical intercourse. I tell them about sex in a broader way, not just intercourse. And then they realise the importance of sexuality education.” 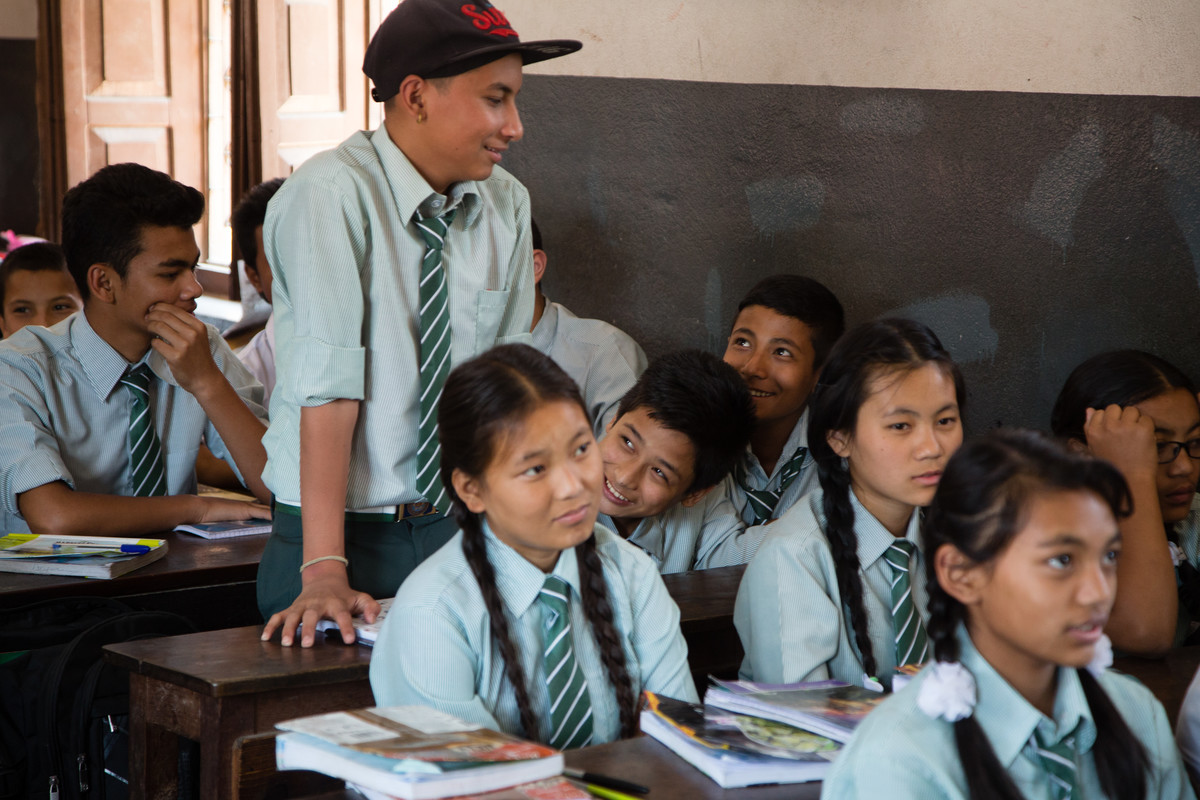 “At first, the students were very shy but we said ‘speak up, speak up: it’s a matter than everyone should know about,” says Sulana Rajbhandari, another volunteer. “‘Menstruation it’s a natural process that your mother and sister will have been through,’ [we tell them].”

FPAN also runs youth-friendly centres. These are a “platform for people to come and discuss these issues openly: they feel comfortable within these four walls,” says Sumi Kharbuja.

Those who seek out information and take classes go on to become figures through whom others can find out about sexuality education. “In that way, knowledge is spreading – from one to two and two to four, it’s multiplying.” 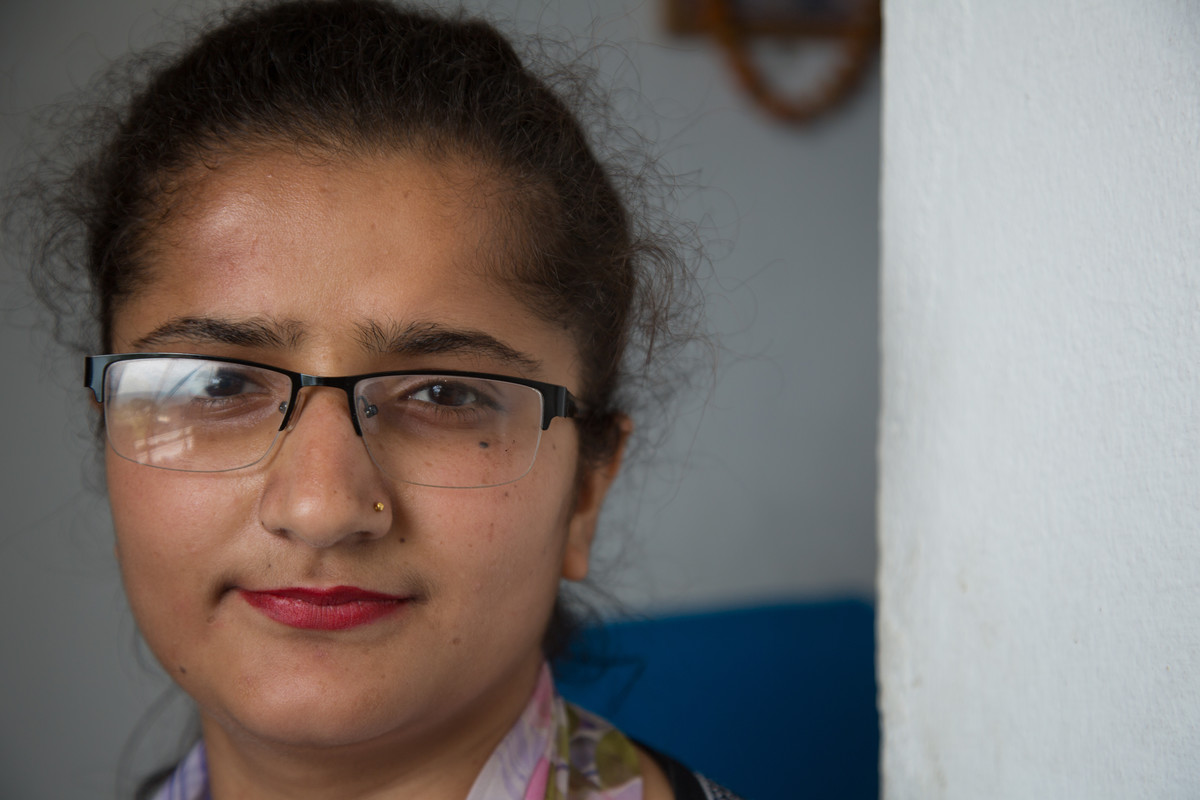 "Before, the community had very little knowledge regarding HIV and there used to be so much stigma and discrimination" 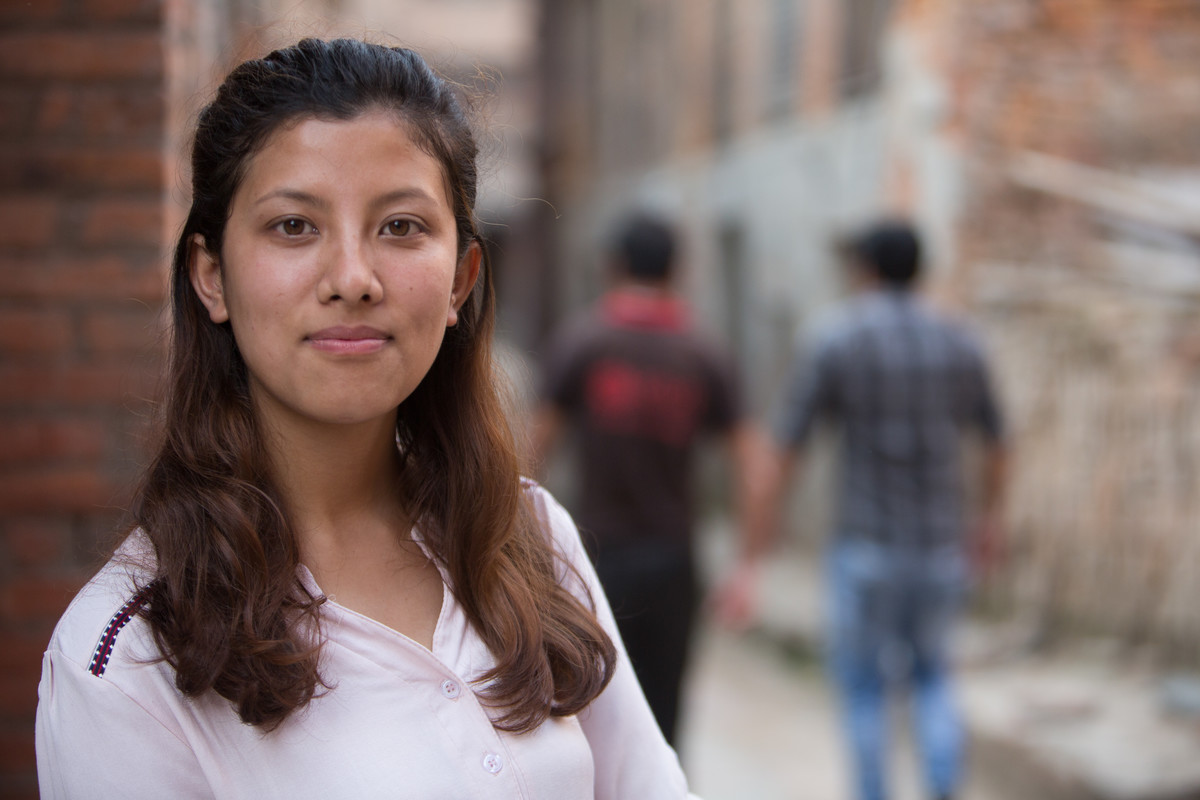 Sajana Kergi is a peer educator at FPAN in Bhaktapur, Nepal, where she helps deliver a safe space for rural girls to openly discuss sexual health and sexuality. 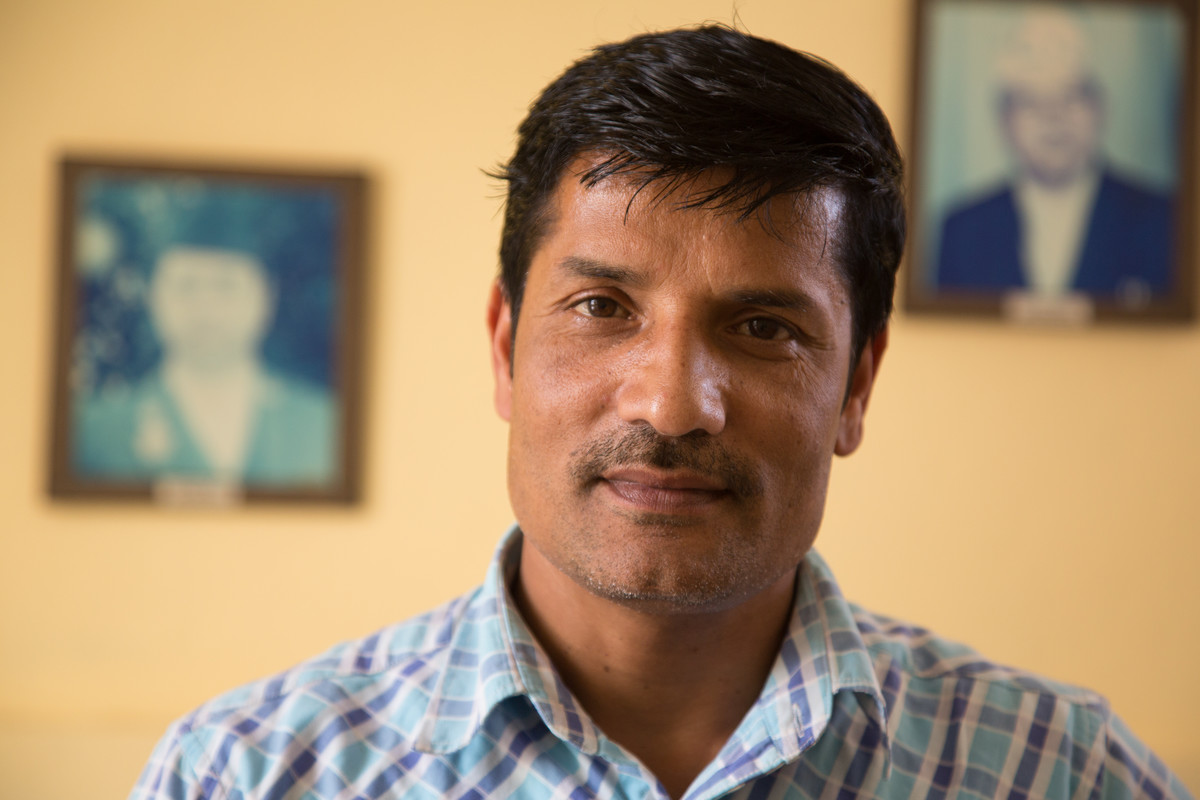 Sharad Kumar Argal, FPAN Kathmandu Valley branch manager shares his story on how youth programmes are saving the lives of pregnant teens who feel like they have no options left but suicide.