My name is Ali. I have worked with Lady Mermaid’s Bureau (LMB) for eight years as a programme officer and I am also a consultant on safe abortion.

LMB was founded by three sex workers in 2002. It is the oldest sex worker’s organisation in Eastern Africa. When it started, LMB arranged for sex workers to meet Parliament and expose all the problems that sex workers have to face. They originally thought the government would only take two years to legalise sex work. That was obviously not the case and as advisers we said it would take a lot of time talking about their sexual health and other problems.

Before I became an adviser I was working with a garbage collection company. I was the night supervisor and I had a lot of friends who were sex workers. They would talk with me and tell me how they wanted a street where they would not be arrested. These were the workers who originally started Lady Mermaid’s Bureau. First it was for fellow sex workers to help them when they were arrested by the police. Then I came in to advise them in the set up and do what I could do to help them reach their goals.

When the sex workers went to Parliament in 2004, that meeting acted to provide an amnesty to the women. Now they can take cases to the police. Previously, no sex worker would go to the police to report a client because she would just end up being arrested.

Abortion among sex workers is still a very major issue that has to be looked at by the government. Many women are very vulnerable to becoming sex workers. They are poor, from slums and a lot of them are students. They face a lot of violence: rape, the police themselves use them (ask for sex) and then there are clients who rape the women. So there are a lot of incidences of violence that turn into unwanted pregnancies. Most of the women will resort to aborting if they face such violence because they don’t know the father of the child.

If you go to a private clinic it can cost 120,000 to 250,000 Uganda shillings. Also, service providers will not tell the sex workers that there is a cheaper way of doing abortions. They try to escalate the costs. Sex workers aren't told about how they can take misoprostol from home and then they can follow up onto the clinic. So the service is perceived to be high although it could be cheaper to abort.

We have seen women who have not been able to access safe abortion. We have a young lady here who tried to abort unsafely because it was too expensive for her to have a safe abortion. Again she was afraid that she would be arrested, she was afraid that nurses at the clinic would stigmatise her. So she tried to abort the local way but it didn’t work and now she has a child.

These days we have sex workers ranging from 14 year to 38 years. Most of these young girls have been trafficked from the villages.

We also have sex workers who are students from the colleges. And then we have young ladies who have grown up in slum areas of Kawempe, Katanag in Makerere, Natete who have been orphaned and left to fend for their families. There are the older ladies who work on the streets to sell tomatoes. They give out their numbers to clients or men who can raise them on call. And another group of older women work from their homes in slum areas where pimps take customers to them.

There are also some high-class sex workers from 20-32 years old. They work in posh shops in Kampala where they give out business cards. There are sex workers who have pimps that use social media like Facebook and badoo to expose the women. Men just call the pimp who will bring the sex worker. 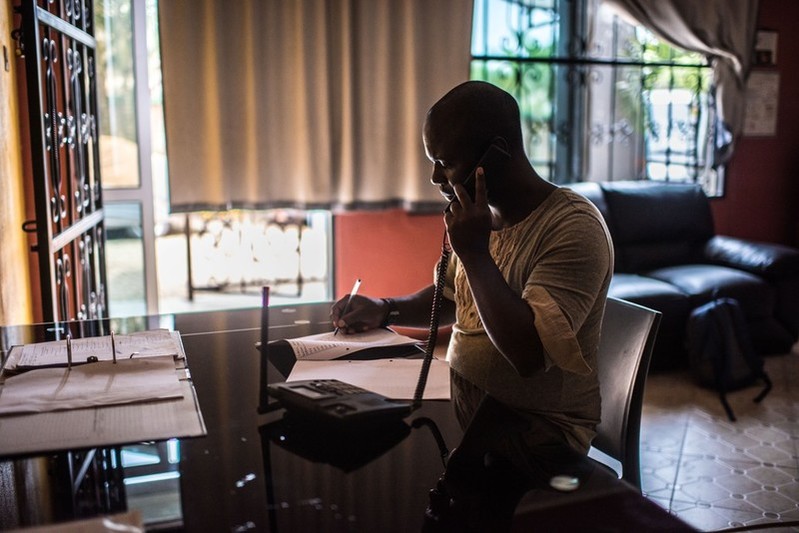 Another issue is a lot of rumours that contraceptives damage the body of the women and that it changes the hormones, causing infertility. So these women in the end don’t talk about these problems when they visit health centres and the doctor will not follow up. The women end up concluding that every contraceptive is damaging to their bodies.

This project started to have an impact in its second and the third year. Sex workers had learnt about safe services, and how to tell a health institution that they had had a miscarriage. The majority of the feedback has been positive.

Abortion should be legalised. The legislators should learn about the stories and they can get a precise picture of the level of deaths caused by unsafe abortion.