"I try to explain to the parents the importance of contraceptives"

When Raphel Marafan Kori’s husband died in 2001, she was left to fend for herself, in a largely patriarchal society. Now 45-years-old, she keeps busy and earns an income as a peer educator in Tsenekeng village in Lesotho’s Semonkong region.

She goes door to door to counsel her neighbors and residents of the village in family planning options available. She’s been doing it for nine months and visibly brightens when she starts talking about the work. "I introduce myself, after that I explain to the people the services that we provide, the importance of the choices that we can make about contraceptives."

She was appointed by the village chief, Makholu Mahao, to participate in a training provided by LPPA in the capital, Maseru and soon after, dove into her fieldwork. Some people immediately understand and welcome the offerings, she says, while others take some time.

Now nine months into the work, she says the biggest issue facing her community is “that adolescents still need consent from the parents. And the parents seem to have a problem with that because in a way, [they think] it is allowing them, giving them the freedom to indulge in sex.”

“Another way I can explain [is to] mention HIV testing here and to remind [parents] it's not only they're getting protection but also for them to help them plan for future." 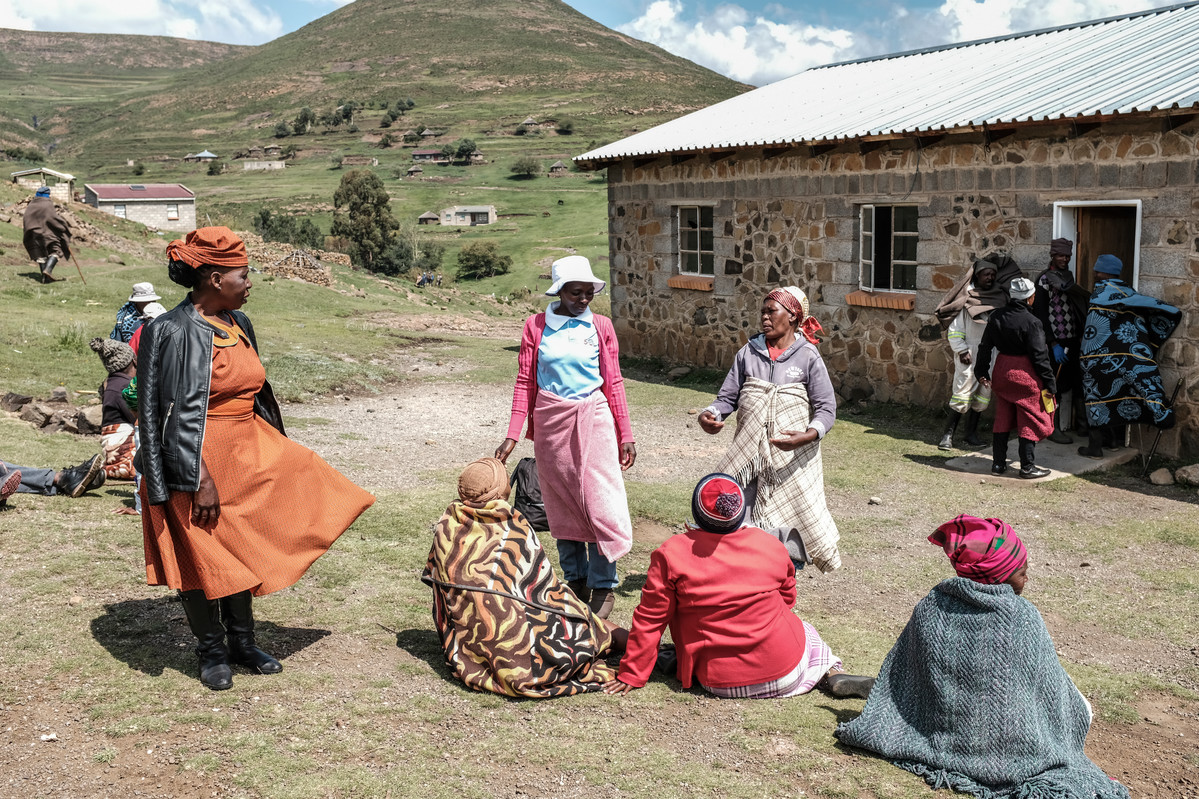 Occasionally she’ll hold community gatherings, but mostly she has these conversations door to door. “I’m working very hard to make sure the children also engage in this for the future. It’s a challenge,” she admits. She herself comes to the mobile outreach post for family planning services, something she says helps break the ice when she is out in the community talking about family planning. She tells them she uses the pill because she is allergic to the injectable option offered here.

“I get to talk to people because I can counsel them on HIV and AIDS daily to make them understand that just because you have HIV it's not the end of the world but you need to take your medication properly and life continues,” she explains proudly, sitting a few meters away from the She Decides tent with a line of women outside.

Overall, she says she has benefitted as much from her work as the beneficiaries. “I engage with people. I also learned a lot, it educated me especially on the protection side because even myself before I was not aware of such information but now I've learned and I can give other people this information.”