"We visit them in their real lives, because they may not have time to go to clinics to check their status"

This article is available in English and Japanese.

Few people are at higher risk of HIV infection or STIs than sex workers. Although sex work is illegal in Thailand, like in so many countries many turn a blind eye.

JiHye Hong is a volunteer with PPAT, the Planned Parenthood Association of Thailand, and she works with the HIV and STIs prevention team in and around Bangkok. One month into her volunteer project, she has already been out on 17 visits to women who work in high risk entertainment centres.

“They can be a target group,” explains JiHye. “Some of them can’t speak Thai, and they don’t have Thai ID cards. They are young.”

The HIV and STIs prevention team is part of PPAT’s Sexual and Reproductive Health department in Bangkok. It works with many partners in the city, including secondary schools and MSM (men who have sex with men) groups, as well as the owners of entertainment businesses. They go out to them on door-to-door visits. 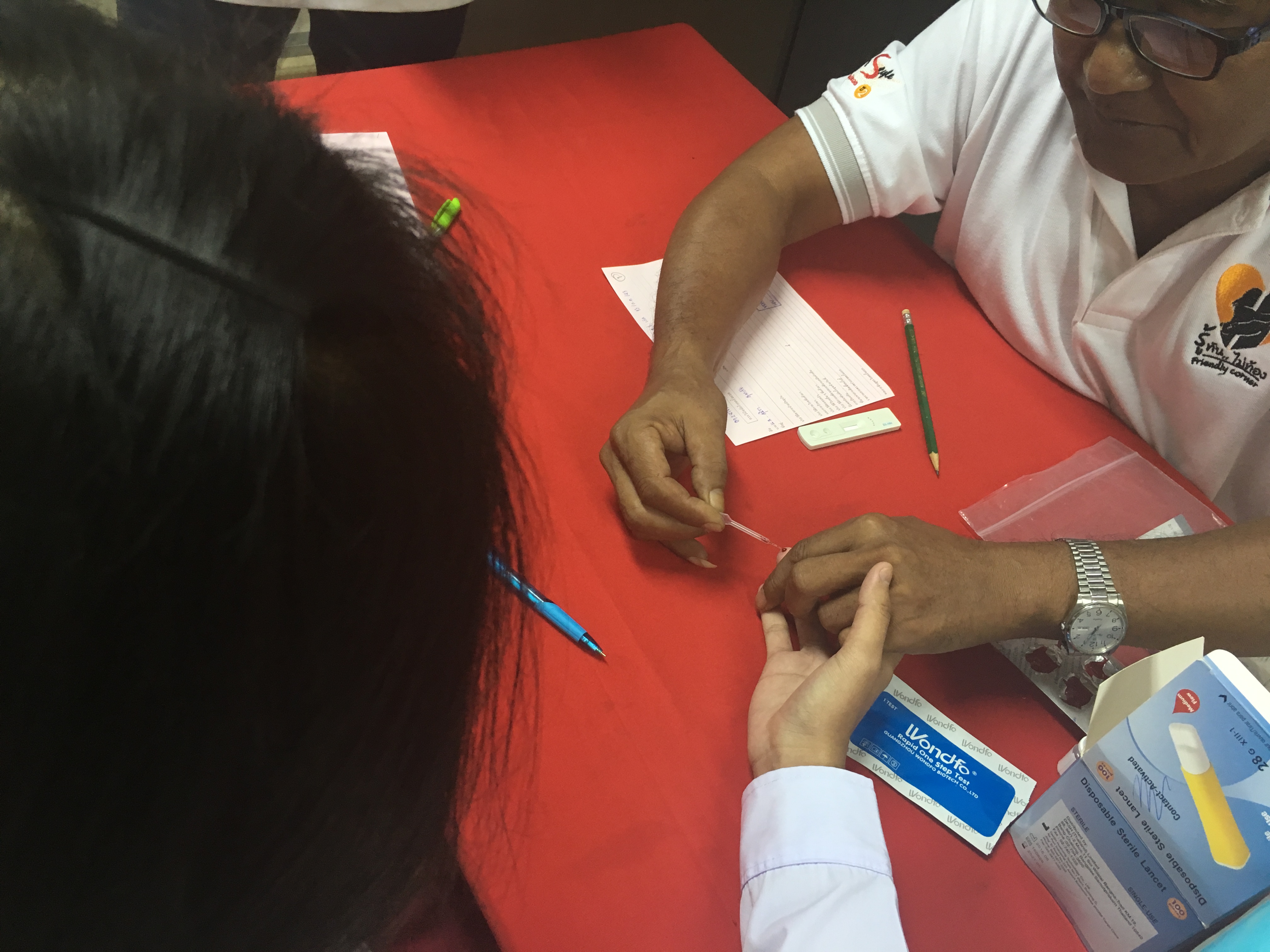 “We visit them in their real lives, because they may not have time to go to clinics to check their status,” says JiHye. “Usually we spend about an hour for educational sessions, and then we do activities together to check if they’ve understood. It’s the part we can all do together and enjoy.”

The team JiHye works with takes a large picture book with them on their visits, one full of descriptions of symptoms and signs of STIs, including graphic images that show real cases of the results of HIV/AIDs and STIs. It’s a very clear way of make sure everyone understands the impact of STIs.

Reaction to page titles and pictures which include “Syphilis” “Gonorrhoea” “Genital Herpes” and “Vaginal Candidiasis” are what you might expect. “They are often quite shocked, especially young people. They ask a lot of questions and share concerns,” says JiHye.

The books and leaflets used by the PPAT team don’t just shock though. They also explain issues such as sexuality and sexual orientations too, to raise awareness and help those taking part in a session understand about diversity and equality.

After the education sessions, tests are offered for HIV and/or Syphilis on the spot to anyone who wants one. For Thai nationals, up to two HIV tests a year are free, funded by the Thai Government. An HIV test after that is 140 Thai Baht or about four US Dollars. A test for Syphilis costs 50 Bhat.

“An HIV rapid test takes less than 30 minutes to produce a result which is about 99% accurate,” says JiHye. The nurse will also take blood samples back to the lab for even more accurate testing, which takes two to three days.”

At the same time, the groups are also given advice on how it use condoms correctly, with a model penis for demonstration, and small PPAT gift bags are handed out, containing condoms, a card with the phone numbers for PPATs clinics and a small carry case

JiHye, who is from South Korea originally, is a graduate in public health at Tulane University, New Orleans. That inspired her to volunteer for work with PPAT.

“I’ve really learned that people around the world are the same and equal, and a right to access to health services should be universal for all, regardless of ages, gender, sexual orientations, nationality, religions, and jobs.”